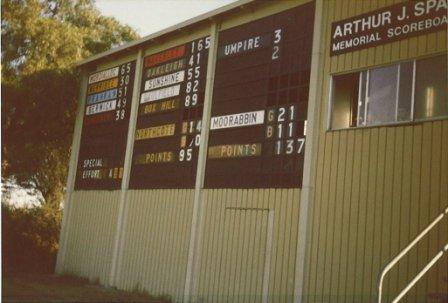 “Although I was an Oakleigh supporter, I played reserves for Northcote in 1986 (I took this photo in Round 1 of that season).  The ground was just called Westgarth Street Oval, or Northcote Park in those days. It was renamed  Bill Lawry Oval in 2001.”

Several of the clubs in Jeff’s photo folded in the late 1980s and early 1990s as the VFA struggled to keep a foothold.