There was a time when this small town was home to two teams North Mt Barker (home of Jim and Phil Krakouer) and South Mt Barker. There was a team at nearby Kendenup until the early 1950s and an East Mt Barker for a couple of years in the 1930s.

Now there’s just Mt Barker, the Bulls were formed in 1994 a year after North Mt Barker (the Demons) folded. South Mt Barker (Hawks) pulled out of the Great Southern Football League in 2005. The Hawks and Demons shared Sounness Park until the late 1980s and then North escaped to  Frost Park, also the home of the Mt Barker Turf Club. 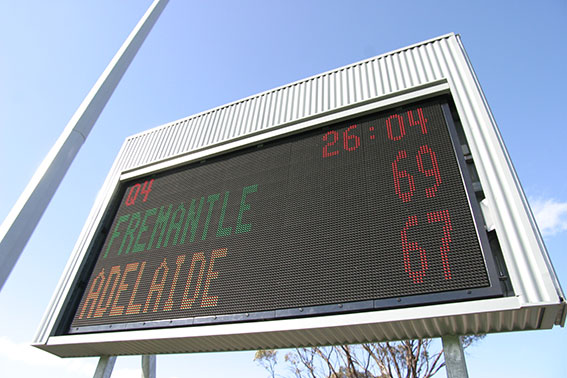 Sounds like a sad fading footy tale but in fact it could be argued these are the best of times for footy in Mt Barker.

On Sunday 28 February Fremantle played Adelaide in a NAB Challenge game at Sounness Park and Mt Barker was able to show off its incredible footy ground. The redevelopment, funded by the state government Royalties for Regions fund and Plantagenet Shire, began in 2013. Revealed was a high-quality pavilion and a playing surface as good as any AFL venue. The land on which Sounness Park sits was given to the town by TG Sounness in 1950.

The most famous product of the Mt Barker Bulls is Fremantle ruckman Aaron Sandilands who played in the club’s only colts premiership team in 1997. In Fremantle Dockers: An Illustrated History Sandilands, who grew up in Kendenup, says: “Dad played footy for North Mt Barker and wore number 31. As a kid I thought if I could play footy for North Mt Barker and wear number 31 I’d be pretty happy.” Aaron’s father Gary played with the Krakouer brothers… he was a ruckman. 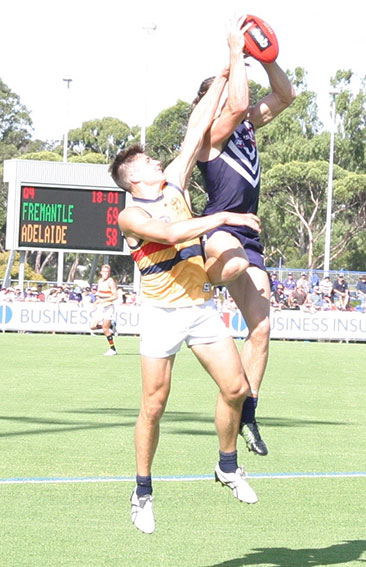 The scoreboard is a big modern electronic thing, an older style board was in use near the clubrooms (I tended to use that one).