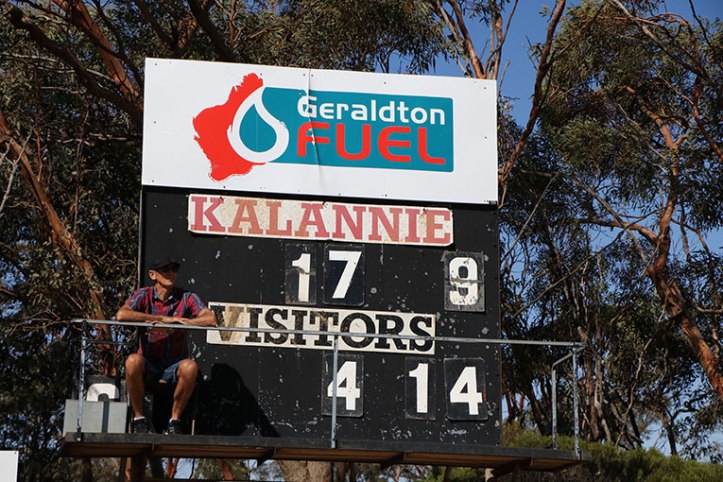 A Good Friday storm had left Kalannie shaken – for instance the bowling club roof was in the tennis courts – but the scoreboard was standing strong. 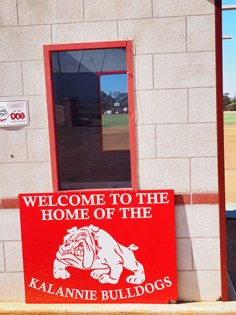 I became an expert on Kalannie by reading Derek Mott’s Following the Bouncing Burley. You can buy the book at http://frontiersportsmedia.com

Special thanks to Doug Taylor who acted as scoreboard attendant for this project.