Scoreboard pressure is a cross-continent project by Les Everett, of Western Australian and Vin Maskell, of Victoria.

Les was a premiership player with Mines Rovers in the Goldfields Football League junior competition in 1972. In 1996 his first book Gravel Rash: 100 Years of Goldfields Football was published and his second Fremantle Dockers: An Illustrated History came out in 2014. He has contributed to Dave Warner’s Footy’s Hall of Shame (Fremantle Arts Centre Press 1995), The Clubs (Penguin 1998); The Royals (East Perth FC 2005); Footy Town (Malarkey Publications 2013); Heartfelt Moments in Australian Rules Football (Connorcourt Publishing 2016) and the annual editions of The Footy Almanac.

Les wrote about football in the Fremantle Herald newspaper for 20 seasons and his footy stories  have also appeared in The Age, The Subiaco Post, Perth Voice, Football Life, Westside Football, Football Budget, Sunday Football League Gazette and the Kalgoorlie Miner.

He was editor of publications for the AFL club Fremantle from 1994 to 2002 and sat on the board as a director of the Dockers from 2003 to 2006. Les edited Fremantle Football: The Origins 1885 to 1904 by Norman Ashton (2016) and Following the Bouncing Burley: A season inside grassroots football in Western Australia by Derek Mott (2017). 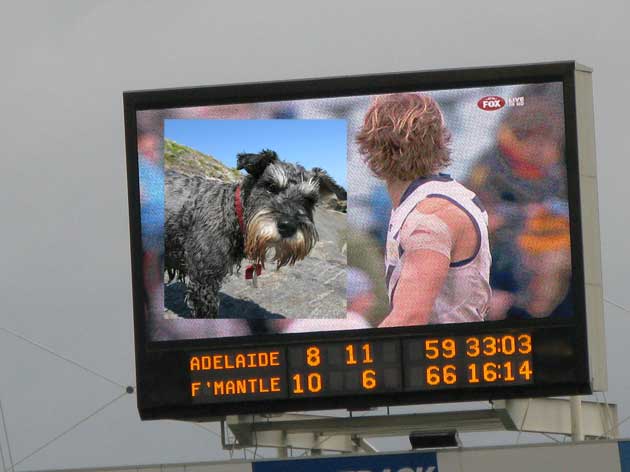 He also writes about films, music, food and books and works at North Lake Senior Campus near Fremantle.

Vin has been a freelance writer for just over 25 years, his work mainly appearing in The Age and, more recently The Big Issue and Eureka Street. He has worked as a music reviewer, suburban journalist, corporate journalist, and TAFE teacher of professional writing. In 1999 he co-authored, with Gina Perry, the text-book Write to Publish (Allen & Unwin), which is still in print.

In 2003 he published a collection of personal narratives, Jacaranda Avenue. In 2004 he created and wrote the Kick-to-Kick interview column for The Age, followed in 2005 by the six-part series The Club. He has written for three editions of The Footy Almanac (Penguin Viking) and his story My Brother’s Jumper – a family tragedy seen through memories of a football jumper – was part of Best Australian Essays 2008 (Black Inc). He is a regular contributor to australianrules.com.au and footyalmanac.com.au

Vin also edited the original manuscript of The Family Behind the Football by Syd Sherrin(Melbourne Books, July 2010).

Vin was  the Williamstown Football Club scoreboard attendant from 2008 to 2013.

Meike Ruotsalainen, Scoreboard Pressure’s  number one draft pick for 2014, is now a contributing editor to the site, with a particular interest in country footy in the Yarra Valley.  Also known as Jeff Lawton, he was one of the site’s first readers to send in some pics, back in 2011,  including 1980s classics from  VFA grounds and the Albert Ground. 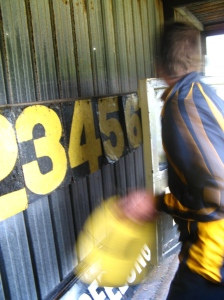