By LES EVERETT
The scoreboard at the WACA was opened in 1954 after a long fundraising campaign. The original scoreboard built in 1908 was, from time to time, subject to ridicule for its appearance. In 1948 it was destroyed in a storm. No scoreboard is more informative than the current WACA board.

For a time in the late 70s and early 80s the WACA was a like a second home to me. 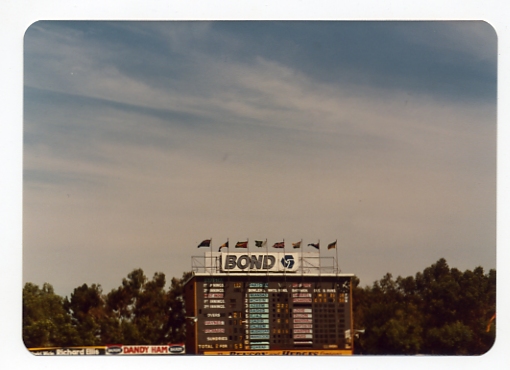 Earlier I’d seen some good things like Doug Walters’ century in the session in 1974 and Andy Roberts at his menacing best in taking 7/54 in 1975.
In 1978 I attended all five days of the Ashes Test and was rewarded with a Geoff Boycott classic… 63 runs in a day. He finished up on 77 off 337 balls with one four. (Based on the run-rate for his century on day one of the current Perth Test Dave Warner would have finished on about 488 with the same occupation of the crease.)

It was a bit more exciting in 1976 when WA  made all of 77 runs to beat Queensland (62 runs) in the semi final of the one-day competition.

From 1980 to 1983 the WACA was my home ground. West Perth Cricket Club trained at the ground twice a week and even the lower grades played there a few times a year.

It wasn’t Boycott who took me away from the  WACA and in search of other things to do… a couple of afternoons watching Greg Shipperd and Mike Veletta killed me off. 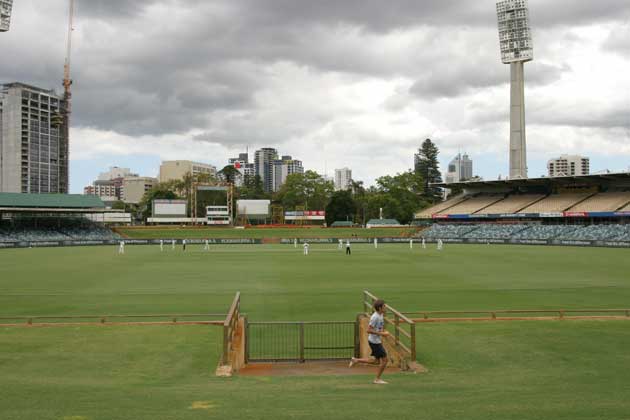 Photos from WA vs SA Sheffield Shield game December 2011 and a one-day international between India and Pakistan circa 1980.