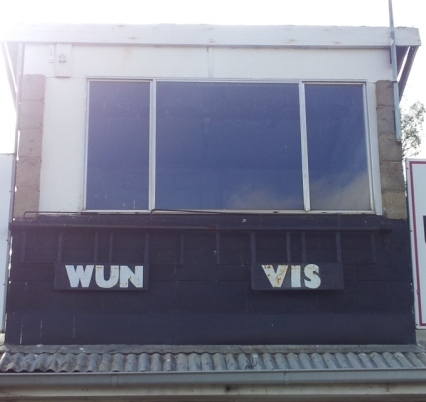 Photos and research by Wayde Petersen

There are no numbers on the Wunghnu scoreboard because there are no games at Wunghu.

There are no teams because there is no longer a Wunghnu Football Club.

The Wunghnu Football Club was formed in 1885  and went into recess in March 2011. 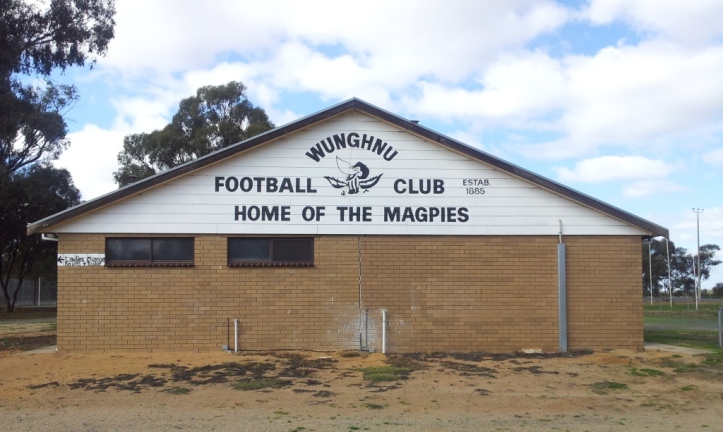 “The ground and facilities are in disrepair, and are a stark reminder of the demographic changes of the times,” said Wayde Petersen, a man who loves country footy, especially in northern Victoria.  “I drive past the ground quite regularly, and to see something just standing there, waiting for crowds of people that will never come, is a sight that saddens anybody who has a fondness for community sport.”

Wayde pointed out that about ten years ago the Picola & Disctrict Football League sent Wunghu into the weaker North West Division (clubs include Jerilderie, Mathoura, Berrigan, Deniliquin Rovers, Blighty, Strathmerton, Picola United  & Yarroweyah), instead of the much stronger but more geographically suitable South East Division (Shepparton East, Tungamah, Waaia, Katandra, Katunga, Rennie, Dookie United & Katamatite). “The travel times hurt in getting and retaining good players, and the fact that they were already struggling lead to their demise as a club.” 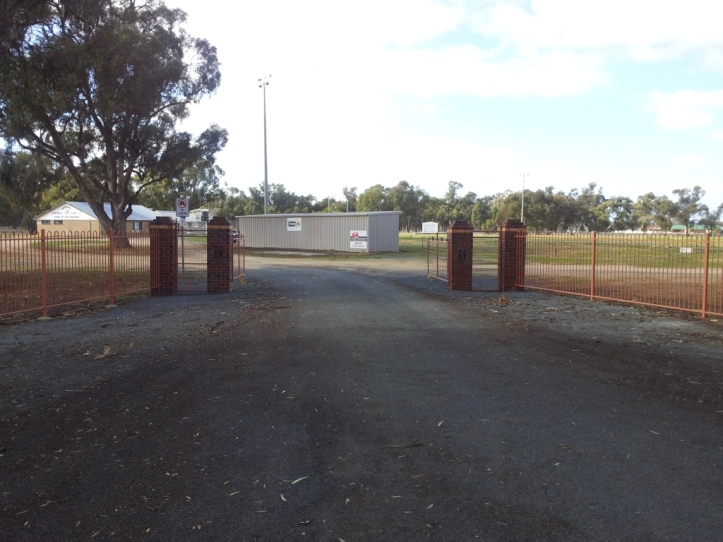 Josh Barnstable, of  The Footy Almanac website, wrote an excellent piece about Wunghnu two years ago. He writes of the township itself:  It is a small town, consisting of a pub, a convenience store, a football oval, netball courts, a car wreckers yard, the delicatessen shop that serves buffalo meat, the ‘home of the best vanilla slice’ in the world and the famous water tower with the popular mural of a sheep, stating ‘The Smallest Sheep Station in the world’, poking fun at the pronunciation of the town (One-Ewe). Highly recommended.