A paddock in Yarck, Victoria 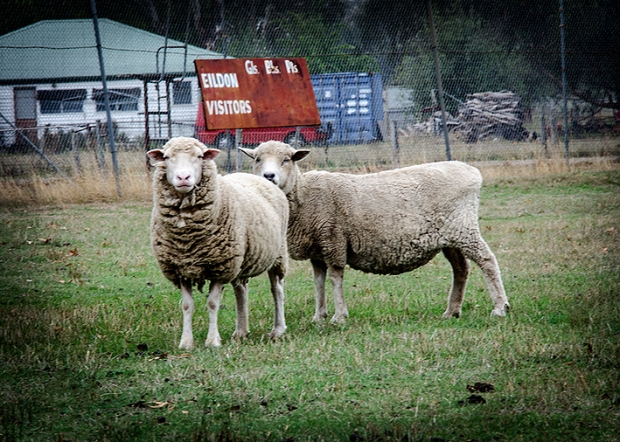 “Was a big game at Yarck on the weekend,”reports photographer Eric Algra, “and it was not without some controversy.Eildon pulled the wool over the eyes of the opposition by fielding a couple of unlisted ring-ins.”

Last year Jeff Lawton’s Scoreboard Pressure post on the Thornton ground noted that Thornton Eildon District Football Club folded at the end of 2010. “I wonder why Eildon ever played home games at Yarck anyway,” he said to Scoreboard Pressure when he saw Eric’s Eildon photos. “The two places are a fair way apart, and Eildon seems to have an oval of its own. Maybe it was the juniors or something.” (Or, maybe, the scoreboard was nicked from the Eildon ground and plonked in a sheep paddock.)

“The rumour is that Thornton-Eildon may be able to resume next year,” said Jeff. “I hope that does happen.”

Eric Algra needed patience for these photos. “I’d seen the sheep on the oval at Yarck before but hadn’t had time to stop and take photos. I was travelling up that way quite a lot earlier this year so I kept an eye out to see if the sheep might reappear. It took awhile but I finally managed to get some shots. I did have to hang around a bit to wait for some sheep to get into a good position.” 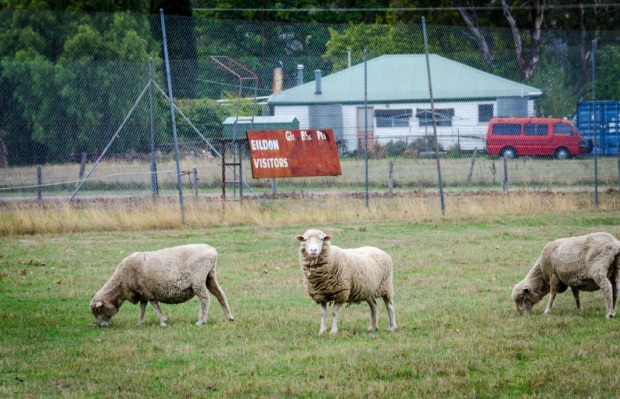 Eric Algra’s previous contribution was photos of the 2003 and 2006 SANFL Grand Final scoreboards. Visit Eric’s blog  for some very fine photography, from Melbourne to rural Australia to New York to Cardiff. And some vintage Midnight Oil too.

Where the hell is Yarck?

One thought on “A paddock in Yarck, Victoria”