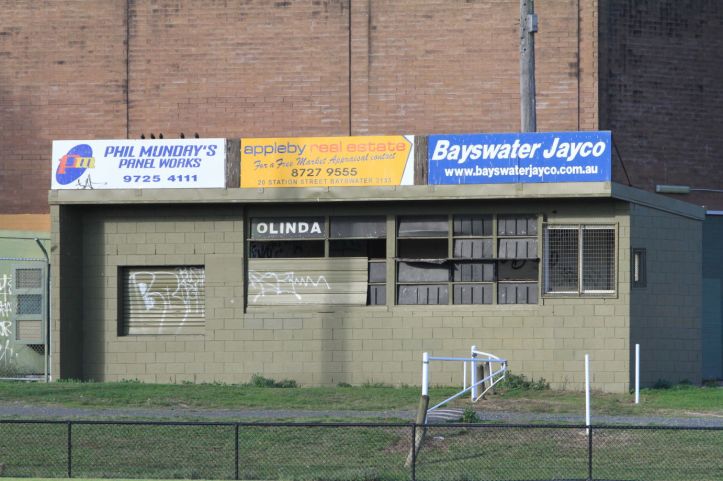 Above is a picture of the disused scoreboard at the Kilsyth Recreation Reserve in Colchester Road. This ground was the home of the Kilsyth Football Club until late in the 1997 season, according to this excellent EFL history site. Although the Colchester Road ground is a good one, Kilsyth moved to a bigger and better complex a couple of kilometres away at Pinks Reserve. Colchester Road is now the training ground of the Eastern Ranges under 18 side. That means that the ground surface and pavilion are kept in tip top condition, but the scoreboard is not used and has been neglected. 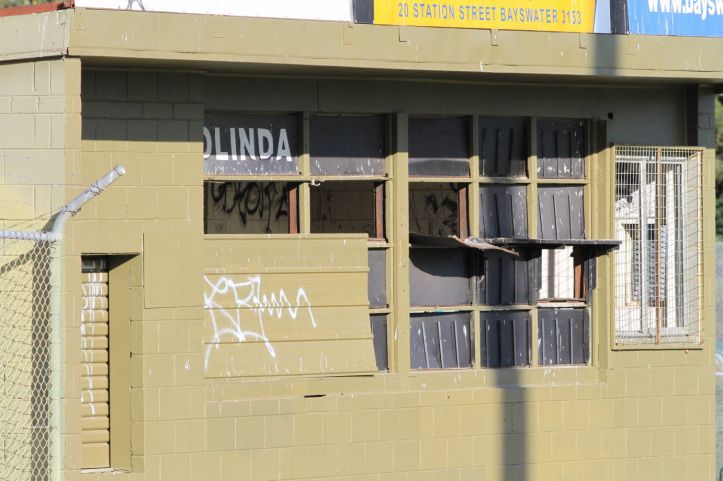 After Kilsyth left Colchester Road, the ground became a utility venue for any club that happened to temporarily be without a home ground due to resurfacing works. Montrose played at Colchester Road in 1999, Olinda-Ferny Creek in 2000-01, Mount Evelyn for part of 2006, Silvan in 2007. I also seem to remember Lilydale and Mooroolbark using the ground. Olinda’s two-year stint at Kilsyth is the explanation for the nameplate showing in the scoreboard’s home team slot. When Silvan played here in ’07, a portable scoreboard was used. Perhaps they couldn’t find the key for the door of this one, or maybe the tin numbers had been lost, or maybe it was just too run down. 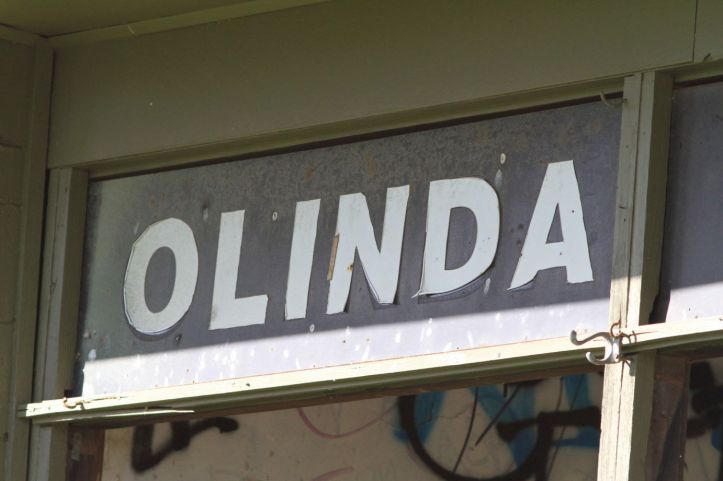 Although the board is locked now, you can peer inside and see the mess that people have made of it. Lying on a bench inside is a YVMDFL football record from Olinda’s time there in 2001. 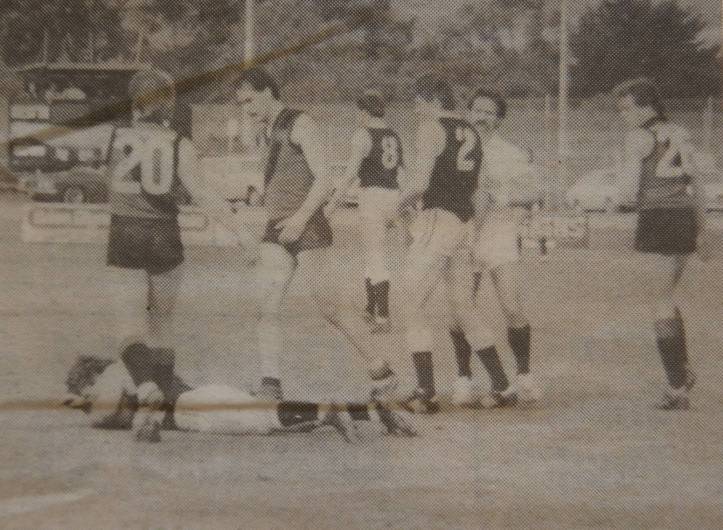 Here is a rare shot of Kilsyth playing Berwick at Colchester Road in a 1983 VFA game. The Cougars had three difficult seasons in the VFA from 1982-84. The above picture is of interest for i) Kilsyth’s red jumper with black sash (worn in 1983-84 after the VFA directed clubs to cease wearing VFL knock-offs), and ii) the scoreboard in the background. It looks like a different board to the one rusting away there today. Anyway, Berwick weren’t impressed with Colchester Road – their correspondent described the surface as ‘very rough, with mud patches at one end and a rock hard surface at the other’. It is unlikely that the pampered TAC Cup boys would have to put up with that kind of thing today. (Photograph courtesy of The Gazette.)

For an interesting read on Kilsyth’s entry into the VFA, click on this link. I’m not sure how accurate it is, but it sounds as if it could be true. 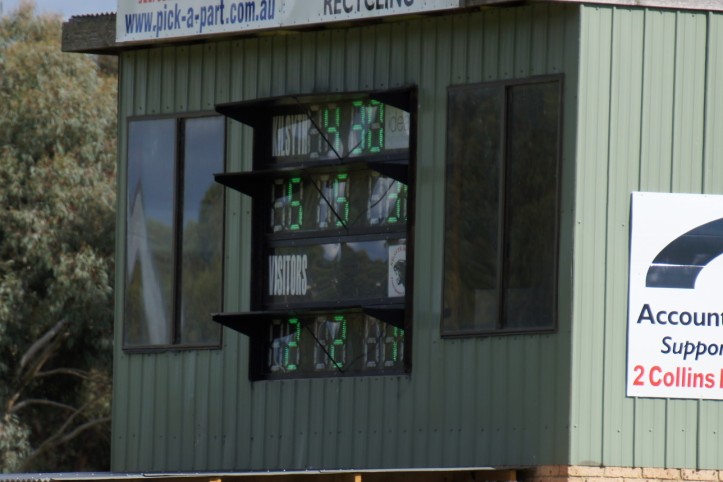 This is the electronic scoreboard at Kilsyth’s current home ground, Pinks Reserve. This shot was taken in 2012.

…and here is the pavilion, with Mount Dandenong in the background. 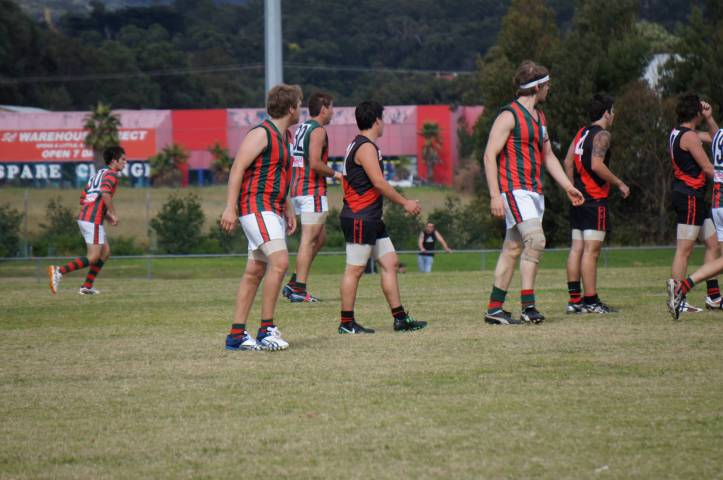 Kilsyth and The Basin colours mix nicely, with a pink-painted factory on Canterbury Road providing the background. I dislike white away jumpers, because you don’t get the subtle interplay of similar shades like you do here. 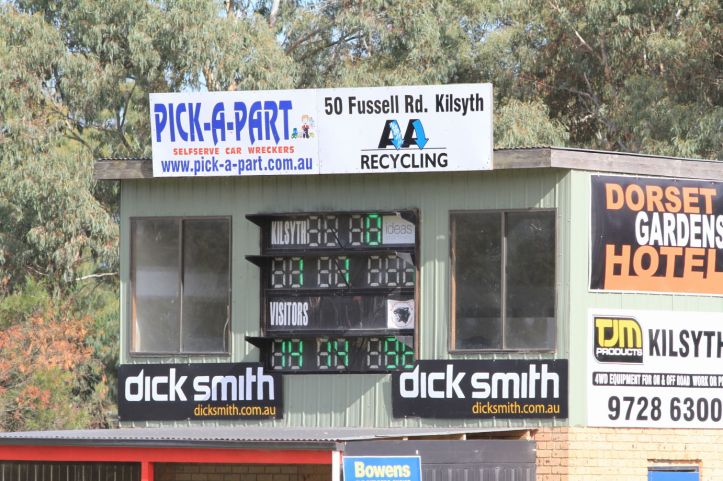 The Pinks Reserve scoreboard in 2014 – it actually looks a bit the worse for wear compared to the 2012 shot. 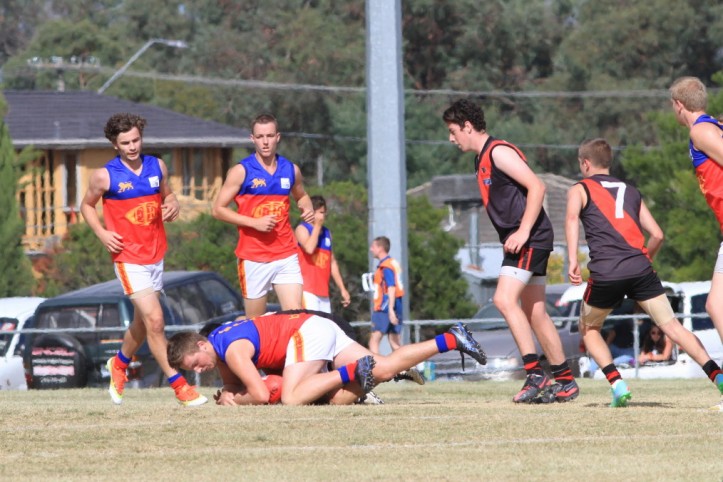 Kilsyth versus Eastern Lions (formerly Fairpark) Under 19s game, round 1 2014.