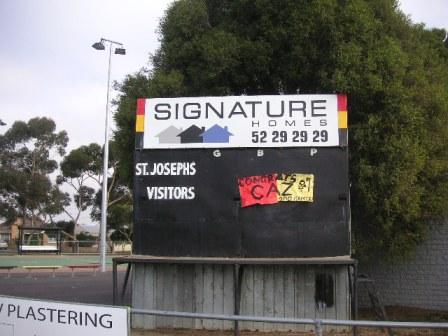 A weekday. No footy. No numbers on the scoreboard. What’s the point? you would rightfully ask.

June 2011. I was driving through one of my hometowns, on my way to Lorne, to learn about being a Census collector. (Scoreboard attendants and Census collectors, I figure, have a little bit in common. Keeping tabs on things.)

I stopped at a few local grounds that day, trying to stave off the inevitable – starting a new, albeit temporary, job in the wake of saying goodbye to corporate journalism, in the wake of knowing, as I’ve always known, that I’ll never earn enough as a freelance writer.

I stopped at the St Joseph’s ground because I was a boundary umpire there for one season in the 1970s. For the St Jospeph’s Under 16 side. Coach gave me two family-sized chocolate bars at presentation night. (Still not sure if he ever forgave me for blowing the whistle one game when we had five players in the centre square.) 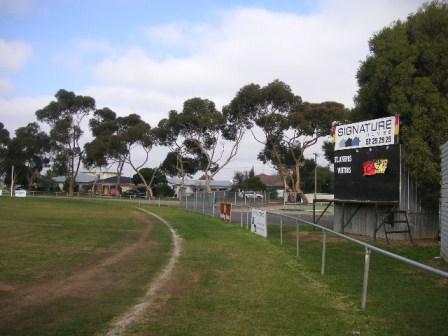 I stopped because I went to the nearby primary school, Our Lady’s, in the late 1960s. Sister Felicity in Grade Two. Sister Jude in Grade Six. Played two games on the wing.

I stopped because I lived just up the road, almost in the shade of the Cement Works. Autumn Street. Pretty name.You could feel the cement dust on the leaves of the roses in the front garden. 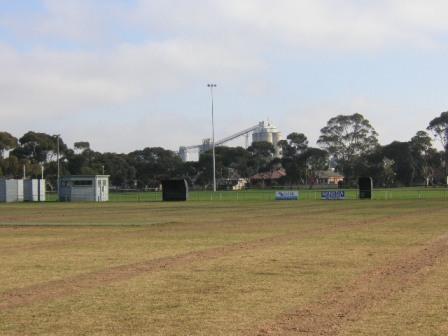 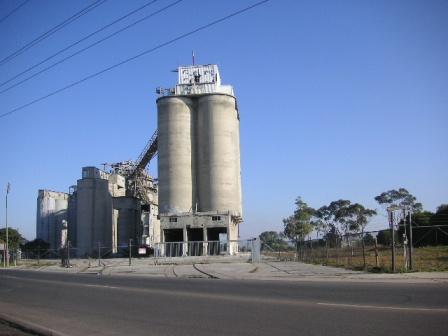 A weekday. No footy. But a ground. Empty, but not empty at all.  Time and space to ponder.