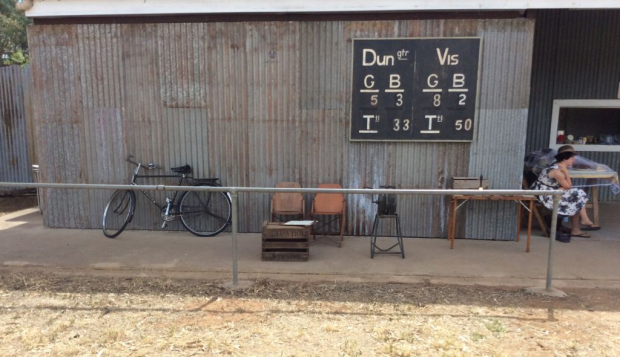 All photos by Jane Murphy.

The Dressmaker, the gorgeous new film directed by Jocelyn Moorhouse and starring Kate Winslet, Judy Davis, Sarah Snook, Hugo Weaving  and many more, includes an early scene of a game of country footy. The game is a Grand Final between the flag favourites, Winyerp and Dungatar, the hometown team of the film’s central character Tilly Dunnage (Kate Winslet).

The scene highlights, in a very blokey setting, the power of  beautiful dresses (made and worn by Tilly) and the distractions of female allure.

Scoreboard Pressure couldn’t help but notice, despite Winslet’s considerable charms, that there was a good old-fashioned 1950s scoreboard in some of the shots. 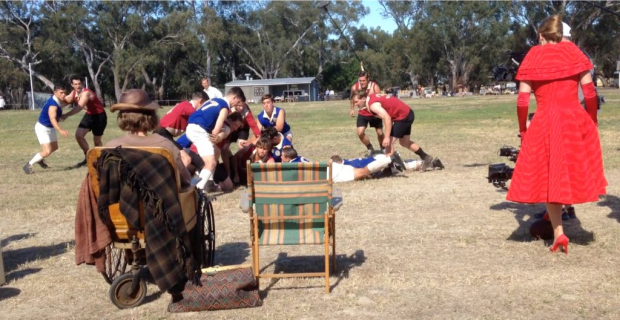 “We made the scoreboard from scratch,” explained Jane Murphy, the film’s Props Master. “The scenic artists did a really lovely job, using Masonite for the scoreboard and tin for the numbers. They also made  the shed that the scoreboard sat on- to cover the brand new clubrooms at Jung Recreation Reserve in the Wimmera.” 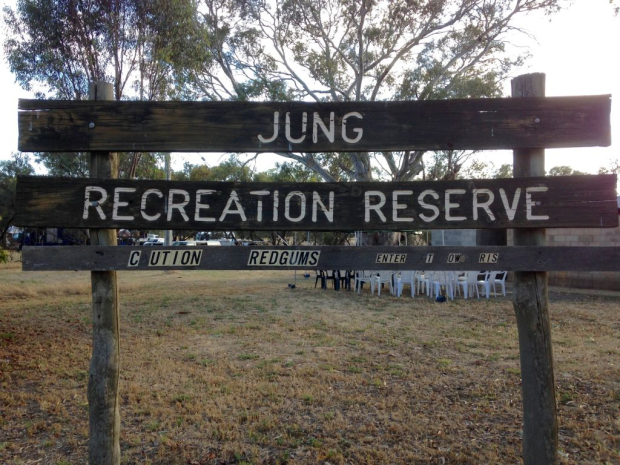 “We had to so carefully plot all the shots to make sure the scoreboard was correct for each shot.

“Jocelyn Moorhouse, the director, was not an Aussie Rules fanatic, but luckily the continuity person was. So she drew up an incredibly complicated Excel spreadsheet  so we knew exactly what score to have in each shot (because, of course, we don’t film in sequence, but you could catch a glimpse of the board in the background at any time).”

The extras were drawn from the surrounding area  –  Dimboola, Horsham, Murtoa, Minyip.

“The siren, just in front of the scoreboard, was an old WW2 hand-cranked air-raid siren. It was pretty hard work for the two poor kids who had to turn it!

“I can’t tell you where the scoreboard ended up unfortunately. Often set dressings will be given to a prop store so that they don’t go to waste, but as this was so specifically ‘branded’ to The Dressmaker, it  probably ended up in the timber recycling skip. Sorry to share this sad news.”

The Dressmaker is now screening. 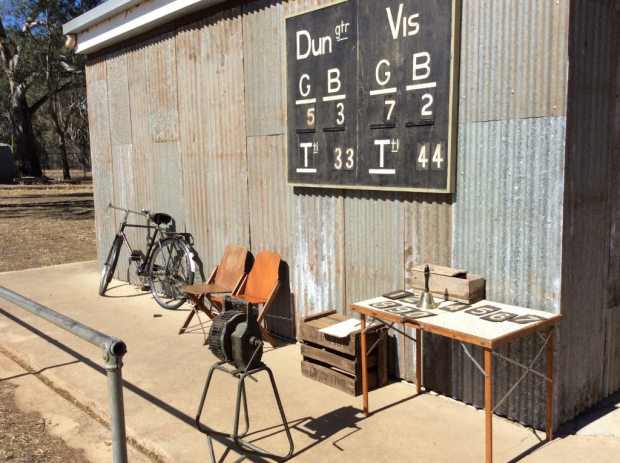 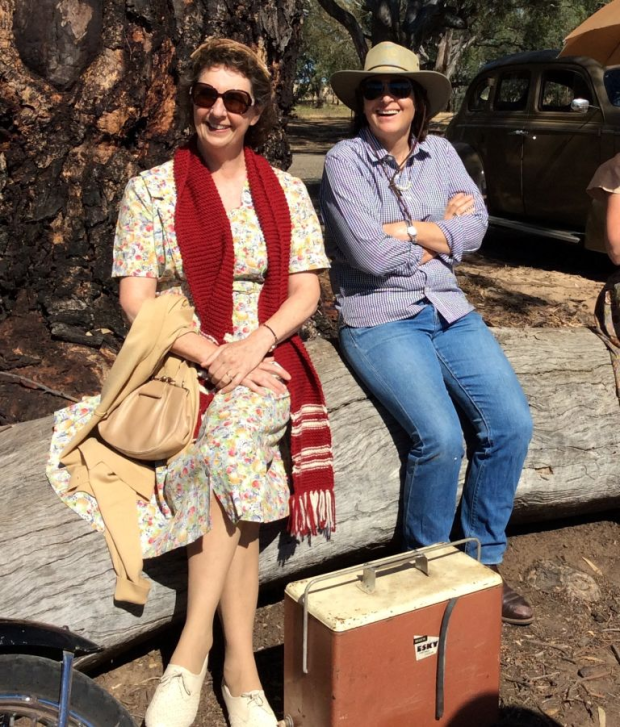 Rosalie Ham, author of the novel The Dressmaker, and Sue Maslin, producer of the film.