Words and photos by Josh Pinn…

Ten minutes along The Olympic Way from our last stop, The Rock, is the small township of Yerong Creek. Less a township and more a farming community, really, with a population at last count of around 150 people.

It is testament to the sense of community from a bygone era that a town so small was able to sustain its own football club for the best part of 50 years during the last century. From 1914 until 1962, when they merged with The Rock, Yerong Creek fielded a team in various local leagues, culminating in a successful era in the Central Riverina League. Between 1949 and 1954 Yerong Creek played off in four grand finals, finally triumphing over Milbrulong in the last of them.

During the early years of the merged club, The Rock-Yerong Creek, home games were played at both The Rock and Yerong Creek. In fact, from the mid 60s until the early 80s, almost all Farrer League finals were played at Yerong Creek, such was the repute of the ground. It can be told quite easily from the faded signs on the scoreboard, though, that this old girl has not had a run in some time.

While it has hosted the odd home game for TRYC in recent years, the main purpose for the Yerong Creek ground has been an annual gathering of local schools known as the Bernie O’Connor Football and Netball Carnival. This carnival brings together up to 600 school children from the surrounding area.

The Bernie O’Connor Carnival has been running for some 30+ years and was named after a former principal of Yerong Creek Public School following his passing in 1994. Bernie was well-known throughout the Riverina as an organiser of school sport, particularly cricket. Outside of school hours Bernie was heavily involved with the Lake Albert Cricket Club in Wagga, where he was a junior coach and mentor to a young Mark Taylor, future Test captain, Australian of the Year and Officer of the Order of Australia.

Taylor wrote of Bernie in his book, Time To Declare;

Bernie O’Connor was the coach who helped and influenced me most, and was a good mate…. There is no doubt it was these sorts of blokes who lit the flame in me, Bernie particularly. It really knocked me around when he died. 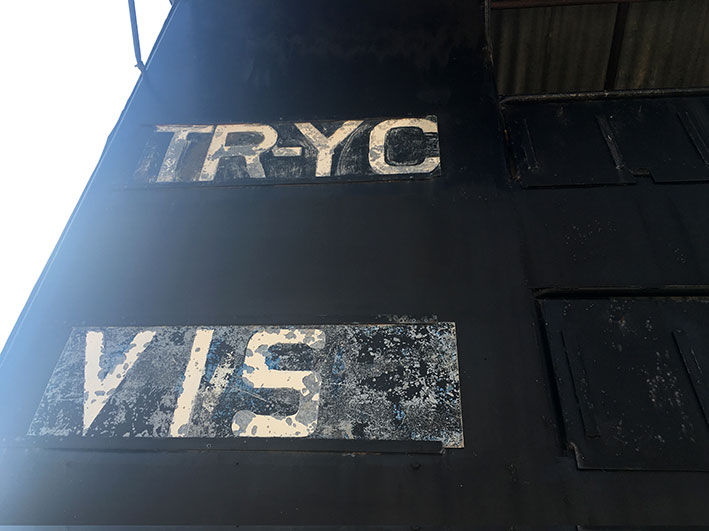 While the traditional tin scoreboard overlooks the lack of regular activity on the oval and the grass looks like it needs a more than decent soak of water, the Yerong Creek Football Ground is not the abandoned former great arena it seems. Come September this year, those 600 school kids will be back fighting tooth and nail against their rivals in the name of a great man. The kind of man needed anywhere a future champion is to make their mark.