Story and photos by Matt Cramond

The image above is from 1990 when New Norfolk drew with the old Burnie Hawks in a TFL match.

Boyer Oval was built by Australian Newsprint Mills (ANM Limited) as a sports stadium for the people of New Norfolk and the Derwent Valley in 1945.

It operated as a TFL venue from 1947-1999 when New Norfolk were dumped from the TFL and joined the SFL.

The scoreboard itself dates from around 1976 and still looks the same today, albeit quite rundown and covered with a security screen to stop vandalism.

If you zoom in on the photo below you’ll catch a glimpse of the scoreboard attendants, about to pack up after the end of a game against Hobart. 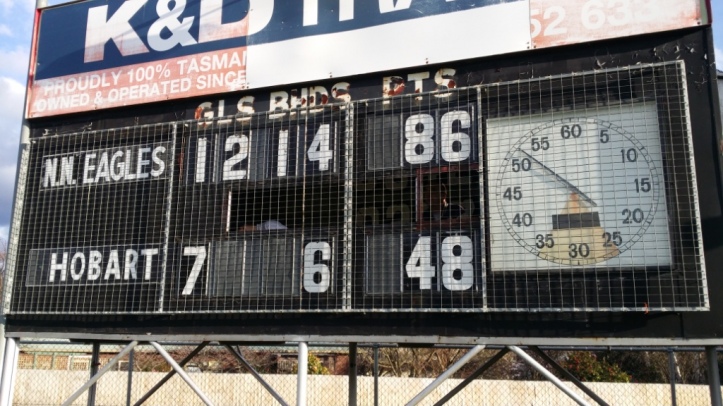