The scoreboard at Bright, in north-eastern Victoria, was locked on Father’s Day. My disappointment was tempered by my respect for, and appreciation of,  this old-school scoreboard. Look at that chicken wire. Look at those neatly painted numbers. Look at the smaller numbers above the larger numbers. Bright has a scoreboard attendant, whoever he or she is, who takes care, who pays attention to detail, who likes everything neat and tidy. 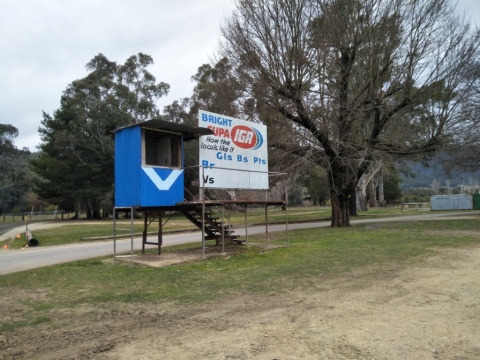 And look at the big white V on the royal blue, replicating the jumper of the United Bright Football and Netball Club.The club is part of the  Ovens & King Football & Netball league. 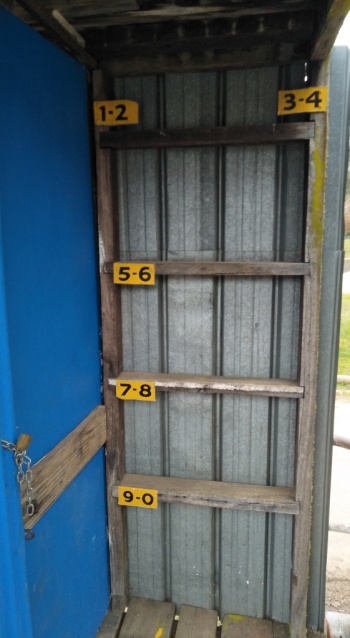 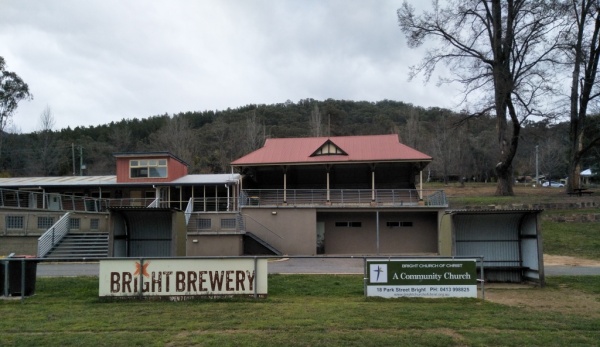 How many footy/netball clubs are sponsored by a local church? The Bright Church of Christ signed up in March this year. 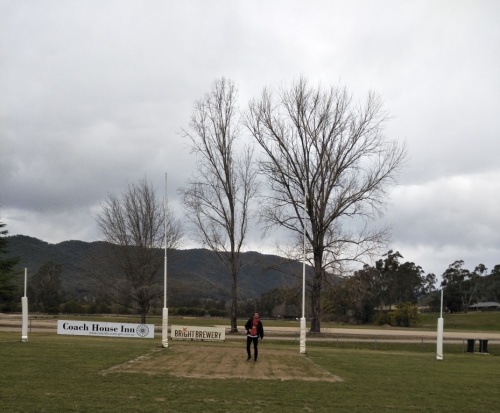