In 2006 when I worked at a small film company, we made a 4-part documentary series about country footy in Tasmania, and how it was dying out. It was to be called Kicking Against The Wind. As shooting progressed it turned out there were green shoots and a lot of positive stories, and the title was changed to Kicking With The Wind. It eventually appeared on SBS as Alive And Kicking, and featured the King Island league, and three clubs playing in different regional leagues; the Queenstown Crows, Tamar Cats, and Woodsdale Lions.

Woodsdale played in the Oatlands District Football Association in Tasmania’s southern midlands, until they went into recess after winning the flag in 2015. The most successful club in the league, they boast 21 flags, ahead of main rivals Mt Pleasant who have 17. 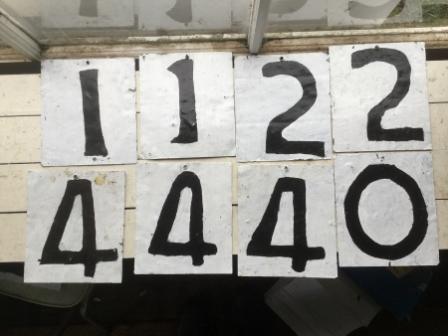 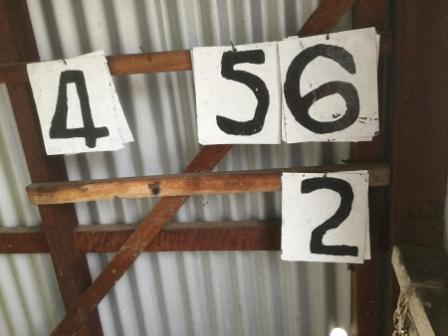 Although the Woodsdale Football Ground hasn’t hosted a game for a few years and it is now grazed by sheep, the facilities are well maintained and the beautiful scoreboard is well stocked with hand-painted tin numbers. I would describe the typographic style as untutored but confident. 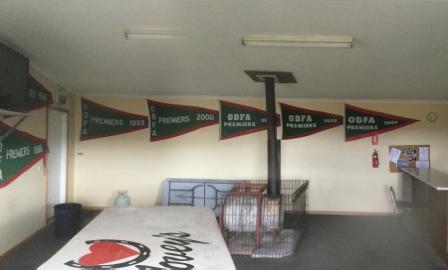 The clubrooms (warmed by a giant wood furnace) are plastered with hard-eared ODFA flags. Unlike the big mainland leagues, here the association presents the premiers with a flag in their club colours.

The newest items at the ground are the tiny playground and the canteen. A sign on the gate announces that the ground benefited from the National Economic Stimulus Plan. So the WFG helped us dodge the GFC.

The ground is an hour north east of Hobart, sheep and turnip country, and the ground is down a steep driveway well off the main through road, which I am sure has helped preserve it. 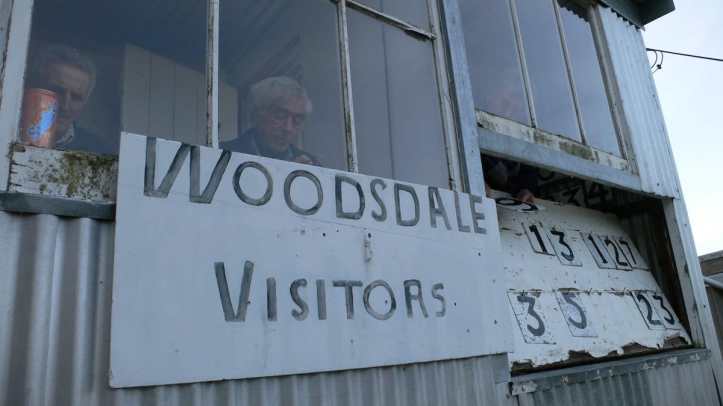 In 2006 these stalwart fellows appeared in the documentary, on a day when the Lions were sorting out the visitors – they have just posted their 19th goal. Since then the name board has been replaced – it is now blocking a draught inside the scoreboard shed. 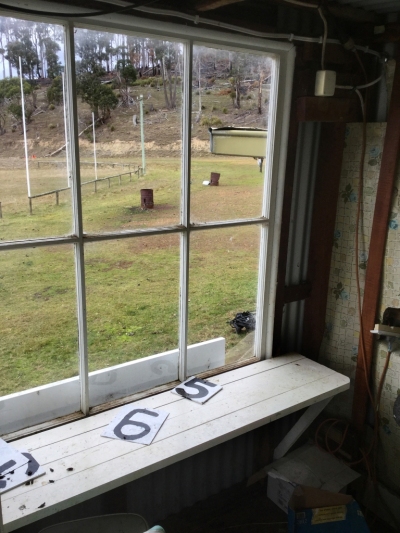 After a good look around, I put up the score from the last Woodsdale premiership in 2012 – when they vanquished the Mounties at Oatlands Oval (and again totalled 127). I really hope I’ll be able to return to see the Lions run out in the green and red, one day soon.

Alive And Kicking, the documentary