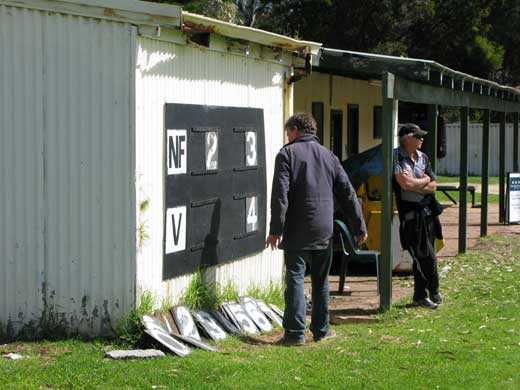 by LES EVERETT
GIL FRASER RESERVE is one of WA’s best looking football grounds. It sits near the Swan River and is watched over by a stately old grandstand. It’s the home of the North Fremantle Amateur Football Club, a club with a long history currently going through a boom time.

North Fremantle was part of the WAFL (then WANFL) competition from 1901 to 1915 and finished runner-up to East Fremantle in 1911. The club lost a number of players in WW1, was the victim of some shonky club politics post-war and dropped out of WA’s top competition.