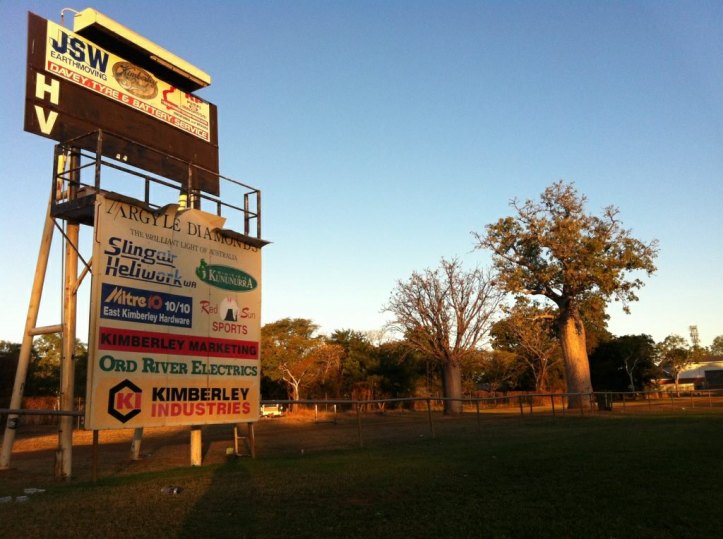 There is something about boab trees I love. I had never actually seen one up close so to see one ‘in the flesh’ was, and I mean this, transcendent. I have been to Broome a few times and I have also been to Darwin and the Tiwis but to try and claim I know the Top End would be ridiculous. But the thing I do know about it is this, it’s the people. They are different. In the epic north the people seem unfettered with the daily concerns of southerners. They go about their business with a confidence but not an arrogance. Perhaps it has something to do with the landscape: knowing that if you can survive and live here, the world is your oyster. 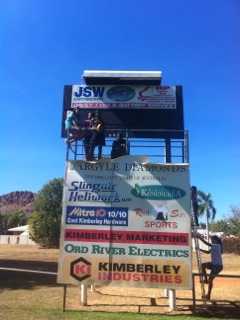 Being at the Kimberley Writers Festival was tough for me on the Saturday. There were lashings of tea and ginger beer, cakes and pastries and slices to die for. My stock standard response was “I know its going straight to my hips, but I don’t care” and I didn’t. 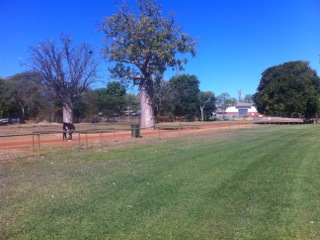 The toughest thing was that a block away Turkey Creek was playing Kununurra. I could hear the ump’s whistle like some mythical siren beckoning me. But I could not leave the cake laden halls of the library. I could have eaten my way out but I already need to head to King Size Menswear for my socks so it was not going to happen. 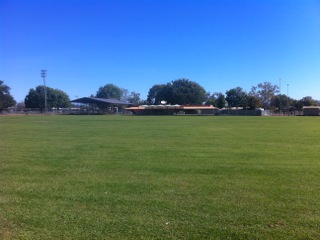 The scoreboard pic was taken just as the sun made its way west.  I did not take it, it was my old North Mount Barker team mate Ralph Addis. Father of the year, handball maestro, smile of a teenager, heart of a lion. The ground shots were by yours truly – a perfect green carpet. Spongy but not too spongy, the kind of ground Doug Hawkins would have sparkled on. If you get the chance get yourself up there. Make friends with a boab, go easy on the cakes.

The Kununurra Demons play in the East Kimberley Football League.

Sean Gorman is the author of…

Brotherboys: The Story of Jim and Phillip Krakouer, Allen & Unwin, 2005.