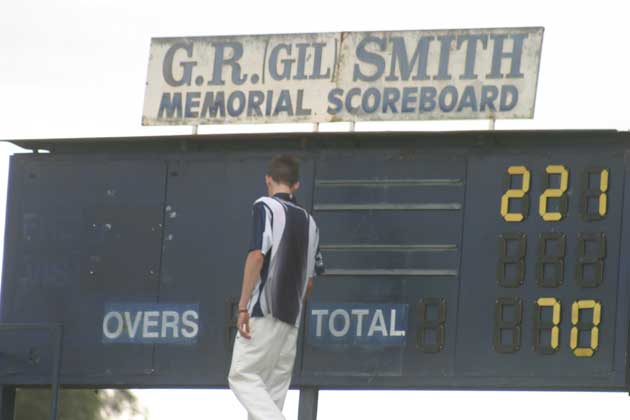 The day began well for Gosnells when Fremantle’s star batsman Shaun Marsh was called up for state duties after being not out for not much a week earlier and set to resume his innings. It got even better as the bowlers ripped through the home team’s batsmen and rolled them for just over 100.

The game was just chugging along when we got there with Fremantle faring better after following on and Gosnells, despite their outright ambitions, heading towards a first-innings victory.

The GR (Gil) Smith scoreboard watched over the scene as the sky threatened but didn’t deliver some action of its own.

Meanwhile, in the third-grade game Fremantle was on top, and they got a bit closer to an outright victory as the mobile scoreboard shows. 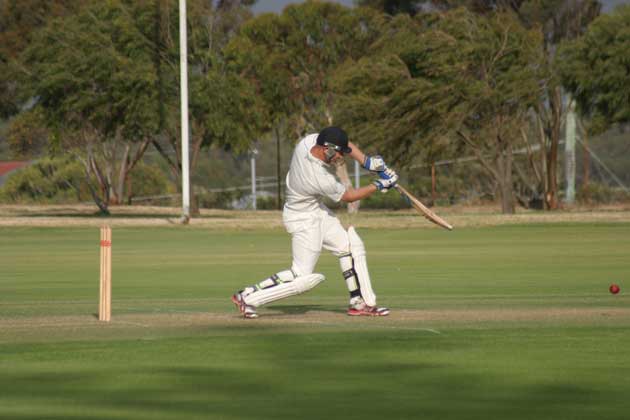