The Guild of International Scoreboard Attendants has traditionally been wary of these fancy, new fandangled, electronic-digital scoreboards, ever since the first feeble light bulb lit up a scoreboard all those years ago. (Indeed, the Guild was formed to protect the jobs of its members, and amongst its industrial action was the vandalising of some of this new technology.) But, credit where credit is due, this electronic scoreboard is pretty impressive. You can see that the St Kilda second X1 is under a lot of pressure, with Morris facing Northcote’s Sundberg. I was puzzled by the ‘6.30’ in the bottom left-hand corner. A minute later it said 6.31.  I took the photo at about 3.30.

The Guild was less than impressed, however, by this scoreboard just a few hundred metres from the Harry Trott Oval. Either it wasn’t working properly, or it wasn’t being operated correctly. The Guild is considering a return visit, perhaps in winter, to see how it copes with footy scores. 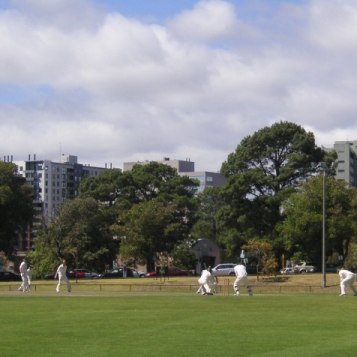 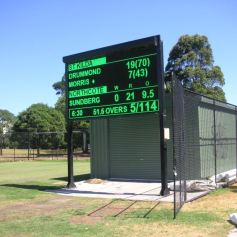 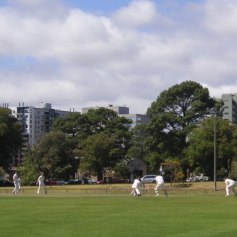