The Holy Boot (known to his Mum and Dad as John and to his school students as Mr Carr) popped into Bairnsdale City Oval for a quick look at a country Grand Final.

“What an atmosphere, with the netball and footy played side by side. Could only stay a little while, last quarter of the reserves.Saw Lucknow defeat Lindenow. Lucknow seniors played in the seniors too, going down to Paynesville. Lucknow’s scores were 11.10 (76) in the 2’s and 11.11 (77) in the 1’s.Not a great scoreboard shot, I know, but had the pram and it was hard to get around! ” 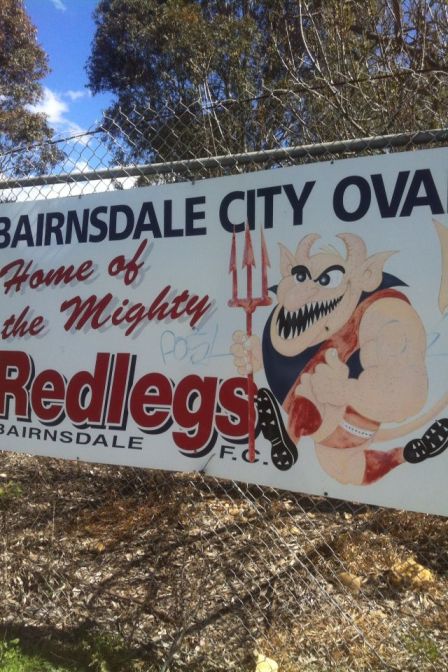 Over the next few months Scoreboard Pressure will be running an intermittent series called The Holy Boot’s Happy Holiday Album – photos from family visits to Euroa, Bowral, Wangaratta, Gundagai, Mittagong and beyond. Stay tuned.