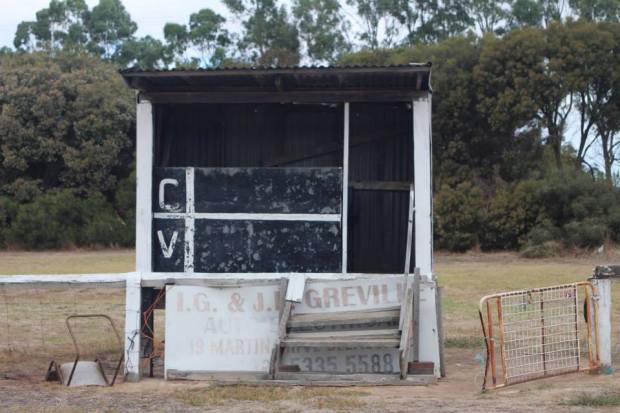 The Cressy Football Club, in south-west Victoria, folded in 1998. That was the same year the local Masonic Lodge closed and the same year the local Catholic priest moved to a busier town. (It wasn’t all doom and gloom that year – a new brick clubhouse was built at the bowls club.) Cressy played in various local leagues against clubs such as Berrybank, Bracknell, Lismore and Rokewood. 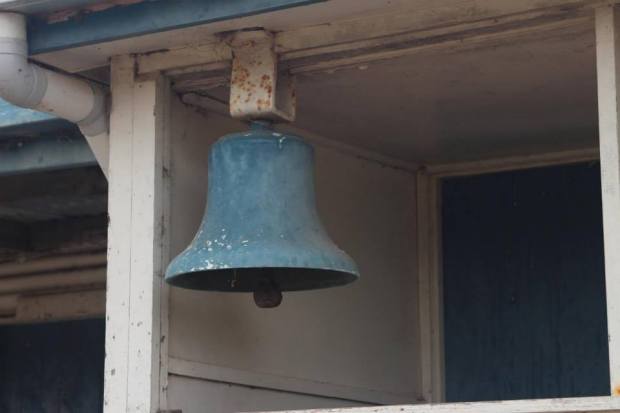 The footy club wore blue and red and was known as The Demons in its final 30 or 40 years but a hundred years ago they wore green and gold. By 1934 they were wearing brown and gold. After WW2, they changed to dark blue with a white monogram. 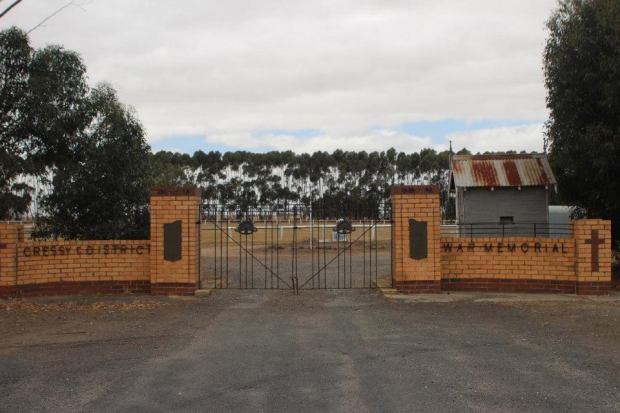 Some Cressy curiosities:
1921 ‘It was moved that the club supply oranges instead of wine for players.’
1930 ‘The secretary was instructed to inform the bus driver not to stop at licensed houses on forward or return journeys. An amendment was made to allow the bus to stop for a reasonable time but no liquor to be allowed on the bus.’
1960 ‘Basketball was permitted on the ground during home matches without charge.’
1976 ‘Players wore red knicks for the first time.’ 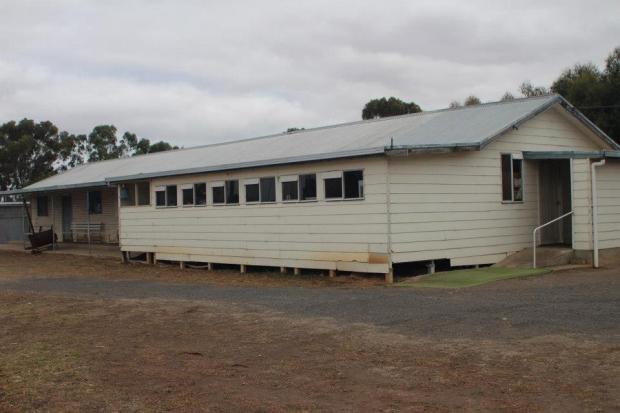 These days the ground is used for sheep-dog trials, as it has been for over a century. In 2011 there were plans for a footy club reunion. We’re not sure if it happened, but the Colac Herald ran the following pic. Left to right: Mick Humphrey,  Ian Nelson,  John Humphrey, and Bryan Coutts, with the 1970 premiership team photo.

Cressy’s most famous recent athlete is golfer Stacey Keating, who won the French Open on the Women’s European Golf Tour in 2012. Apparently Stacey took up golf in the absence of a local netball team. Her practice included hitting  a hundred balls before school each morning, using the headlight’s of her parents’ car to find the balls in the paddock.

Many thanks to photographer and researcher, and former Colac umpire,  Col Newcombe.