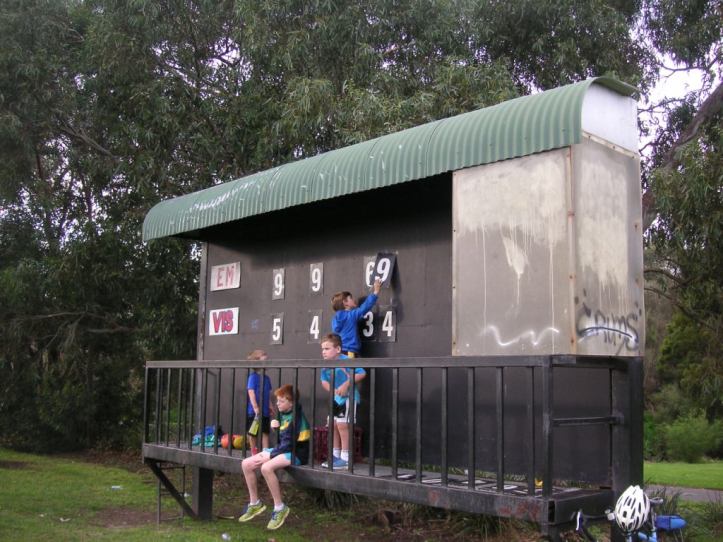 The young boys at the East Malvern ground certainly enjoy their footy. In-between watching the game they’d compare footy swap cards. And in-between quarters, of course, they’d be having a kick. The maroon milk crate is a vital part of the East Malvern scoreboard.

East Malvern (formerly Tooronga Malvern Combine) play in the Southern Football League (formerly the Federal Football League). They had an easy win over Cheltenham, which would have pleased Tommy Hafey, who apparently played there in 1959 – just after his 67 games with Richmond and just before heading to Shepparton.

My wonky photographic skills don’t do justice to the electronic John O’Hallaran Scoreboard at the De La Salle ground near East Malvern train station. You can actually read the names and scores when you’re there. The home team was playing Collegians (Wesley)  in an Amateurs game. I caught some of the second quarter before hopping back on the bike. (Note, De La Salle Old Boys was formed in 1955. Amongst the impressive memorabilia in the clubrooms is the club’s Team Of The Half Century.)