Colleen Hewett was impatient for the score during one episode of RocKwiz. “What’s the score?” she asked before the end of the first round of questions,  before  roadie par excellence Dugald McAndrew, the housewife’s choice, was due to flex his muscles and hold up the numbers written on the blue and yellow cards.

“We’ve just got Brian’s texta and paper, Colleen, ” said Julia Zemiro.  “We’ve been going for eight years and we don’t have an electronic scoreboard.” And, that, of course, is one of the show’s many charms.

The RocKwiz archives reveal a time when co-host Brian Nankervis not only kept the scores but held them aloft as well.

And Dugald, it seems, has on at least one occasion been in charge of the texta and the numbers. 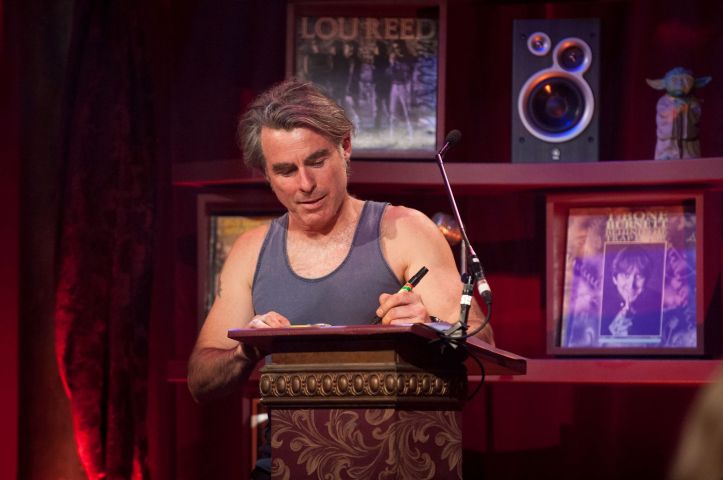 Many thanks to RocKwiz and Renegade Films.