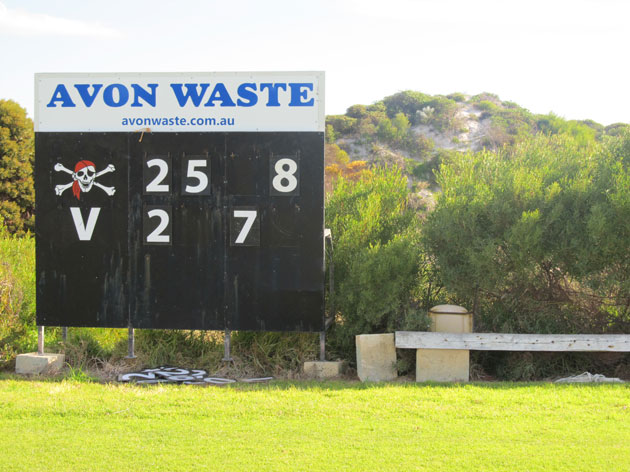 Footy grounds this close to the ocean aren’t common in WA and the background of sand dunes certainly makes the home of the Lancelin Ledge Point Pirates stand out.

The Pirates have been in the Central Midlands Coastal Football League since 2009 and recently celebrated their 20th anniversary as a club.

Ryan Smith from Fox Footy’s The Recruit won the club’s fairest and best award in 2012 and 2013 and Kevin Bloody Wilson is club patron so there’s a bit of celebrity action going on.

Lancelin is a fishing town located 130km north of Perth.

The Pirates won the CMCFL premiership in 2014 and have been regular grand finalists in recent seasons.