Our home ground is Memorial Park  on Melaluka Road in Leopold. The scoreboard pictured above  (photo taken around 1964) featured wooden masonite number squares hanging on nails. It was not uncommon for them to  blow off on windy days.

The scoreboard remained basically the same with an upgrade in 1994 and a rebuild in 2005. Note the bare paddocks behind the scoreboard in 1964 and the housing development right up to the fence in 2005. 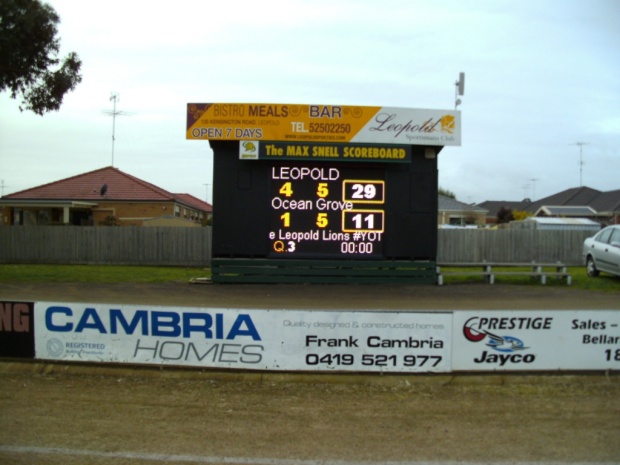 The latest development was a complete re-vamp with the installation of an electronic scoreboard in 2012 in the same spot.

The scoreboard was named in honour of the late Max Snell. Max played 150 games for Leopold and was a Committee member and Reserves and Seniors Timekeeper for 15 years.