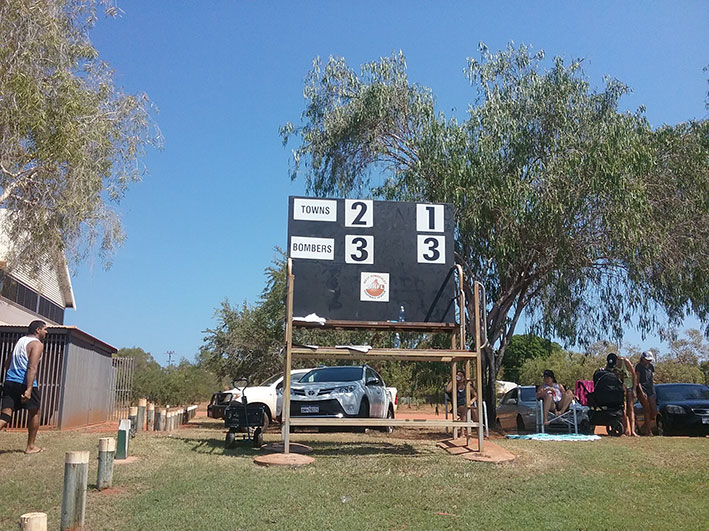 Photos and words from Derek Mott

Haynes Oval is located about two kilometres west of the Broome city centre, opposite the airport. It is the home base to the Broome Bulls, Broome Saints, Cable Beach (premiers in 2014 and 2015) and Towns. The oval will play host to 29 of the 56 West Kimberley Football League home and away fixtures in 2016, as well as all four finals.

Other home and away matches are played at Father MacMahon Oval in Broome, Derby (the Tigers playing seven home games and then finish the season with seven away games), Bidyadanga and Looma.

There is a pavilion on the south-western forward pocket, with two change rooms and a canteen. There is a grass bank that runs along the western side of the ground, as well as behind the southern goals, with tennis courts and cricket nets on the outer (eastern) side.

Broome’s airport is situated directly across the road along Frederick Street and you can get a clear view of the Skywest and Qantas Link planes whizzing along the runway from the ground as they take off and land.

Derek Mott is embarking on a remarkable footy journey this year. To find out more go to his Facebook page.