2016 is an Olympic year and, with less than 100 days until the Rio Games begin, I thought I’d celebrate the best way I know how – with a virtual tour of footy grounds along the Olympic Way between Wagga and Albury.

First of all, an answer to a question I know some will be asking straight away – What is the Olympic Way? Well, I’m glad you asked. The Olympic Way is a stretch of rural road that begins just north of Albury, taking drivers off the Hume Highway, and continues until Cowra, where it meets the Mid-Western Highway and takes drivers to Sydney via Bathurst. Along the way it takes drivers through towns such as Culcairn, The Rock, Junee, Cootamundra and Young. 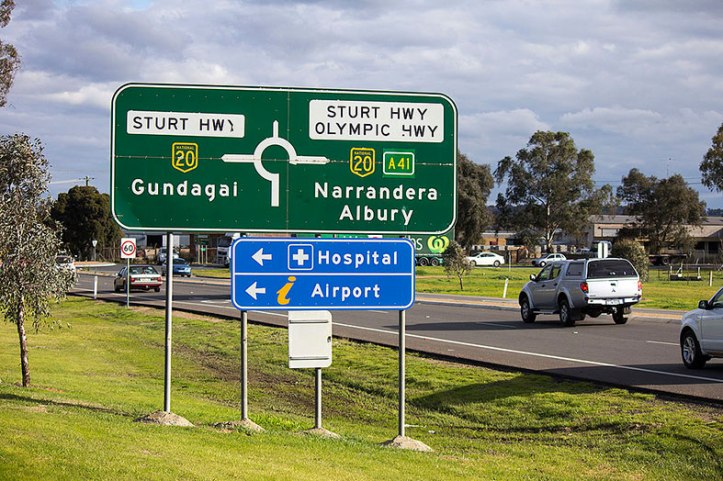 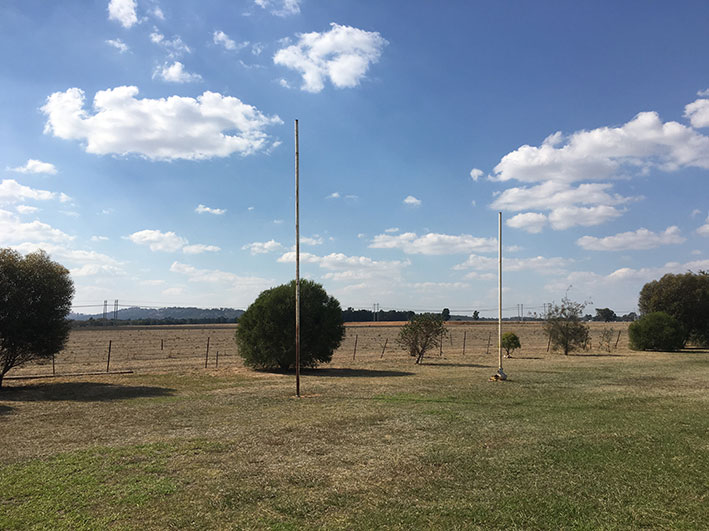 Uranquinty is a small town about 10 minutes drive south of Wagga. The town’s history with Australian football goes back to 1927 when they took part in the Wagga United Football Association. The club played on and off in various local leagues for the next 60 years until merging with the club from the local Army training base, Kapooka, to form the Uranquinty-Kapooka Rosellas.

Rosellas home games were played at Uranquinty for the next 10 years, before relocating to Kapooka. It would seem the ground has not been used for many games of footy since this time. The scoreboard, a single sheet of metal attached to two upright steel poles, now stands obscured by the requisite peppercorn trees. Meanwhile, at the northern end of the ground, the goalposts are but half what they used to be. Only one goal post and one behind post remain.

I should finish by saying that Uranquinty-Kapooka used to wear a resplendent uniform made up of a green guernsey with a red V, with red shorts, a combination I’ve not seen anywhere else. That’s probably a topic for another website, though, a website cataloguing country footy uniforms.