Midweek in Merbein and things are pretty quiet. But don’t let appearances deceive you.  The Merbein Football and Netball Club has been around for more than a century. These days the Magpies play in the nine-team Sunraysia league, against Mildura, Irymple, Ouyen United and others. This year they’re travelling mid-table, a chance for the finals in the seniors and reserves.

The club has an impressive list of past players, including Adam Goodes, Colin Sylvia, Matthew Knights and Hassa Mann, a Melbourne champion of the 1960s.

Thanks to Nick Gadd for the photos. Nick took time out from his month-long role as writer-in-residence at the Mildura Writers Festival to visit the Merbein ground. Nick usually takes photos, and writes award-winning essays about  ghostsigns. He’s been walking around Melbourne for more than two years, creating Melbourne Circle. 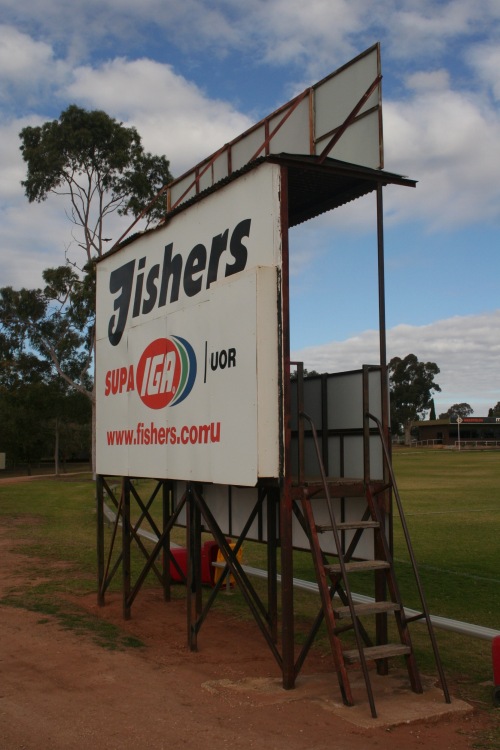