As the Rio Olympics gets under way and we reach the conclusion of our trip down the Olympic Way, it is fitting that we arrive in Culcairn. This small town, roughly half an hour’s drive north of Albury, is the birthplace of one of Australia’s most successful Olympians.

Andrew Hoy first competed in the Equestrian events at the Olympic games in Los Angeles in 1984, and and attended every one since (except Beijing 2008) until London 2012. Along the way he won Gold medals in the team events at Barcelona 1992, Atlanta 1996 and Sydney 2000. He also managed an individual Silver at Sydney 2000. Such is his success and Culcairn’s pride in his achievements, that the road sign that welcomes you to Culcairn bears Hoy’s name.

The scoreboard in Culcairn is named in honour of Gary Smith, a gifted player for the club in the 60s and 70s whose life was cut tragically short by cancer at the age of 30. Gary’s brother, Trevor “Chief” Smith made is mark on the club in administration. Chief joined the committee as a teenager and served for more than 40 years as secretary. The family legacy continued with Chief’s sons combining for 600 games for Culcairn and his grandsons also lacing up for juniors.

To make it easier on the back, the Gary Smith Memorial Scoreboard has hinged panels that fold back towards the attendant, though I imagine one would have to take care in not putting the numbers on upside down.

Culcairn is also home to one of the most charming stands in which a spectator would have the pleasure to sit. Situated on the western wing and constructed almost entirely of timber and corrugated iron, it stands as something of a testament to country footy.

So, that brings us to the end of our Olympic Way sojourn. From Culcairn the Olympic Way passes through Gerogery before joining the Hume Highway just north of Albury. There are plenty more footy clubs in the area, though, and where there’s footy there’s more scoreboards. 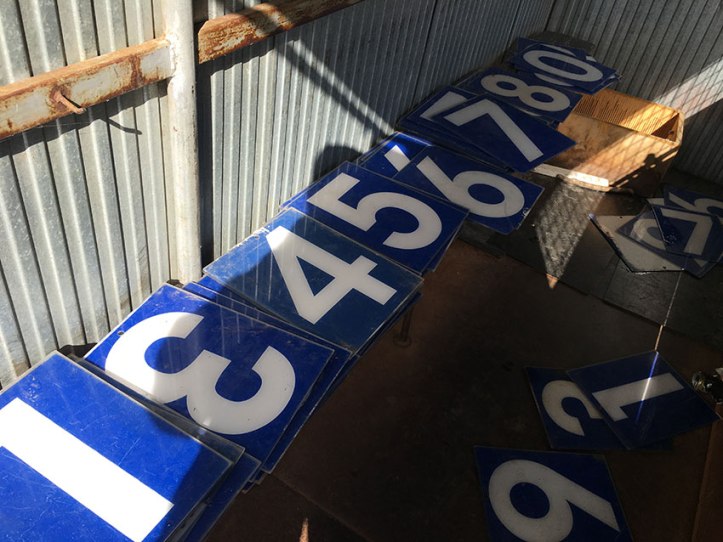