When our correspondent Jim Thompson visited Mingenew (388km north of Perth) in 2016 he found the score from the preliminary final still proudly posted on the scoreboard. A week later the Bulldogs lost the North Midlands Football League grand final to Dongara.

Jim’s work sparked our interest and we took the whole scoreboardpressure.com caravan to Mingenew in 2018 and found the rare combination of race track and footy/cricket ground. Spectators at the ball games have a great outlook and the races must be pretty good too.

Mingenew won their first NMFL premiership in 1964 and enjoyed a golden time at the start of the new century with premierships in 2001, 2002 and 2003. 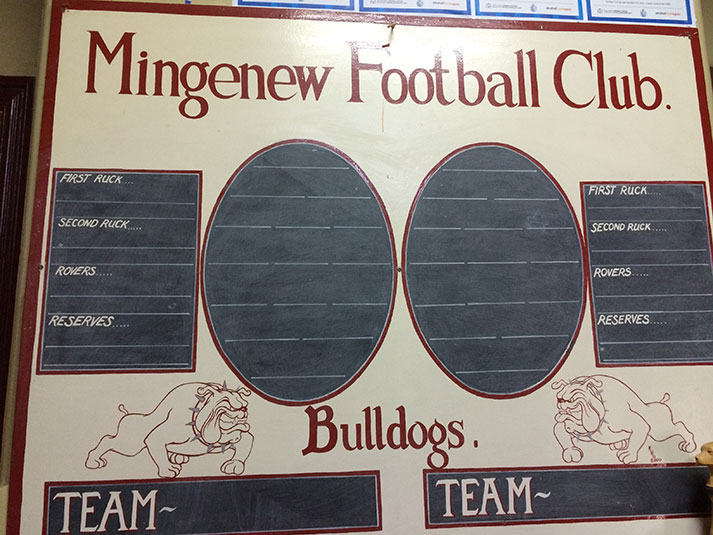 An insatiable thirst for research led Jim to the pub and more treasures – the team board where the teams could be chalked up on Thursday nights and a photo the Moora Carnival winning team of 1949.