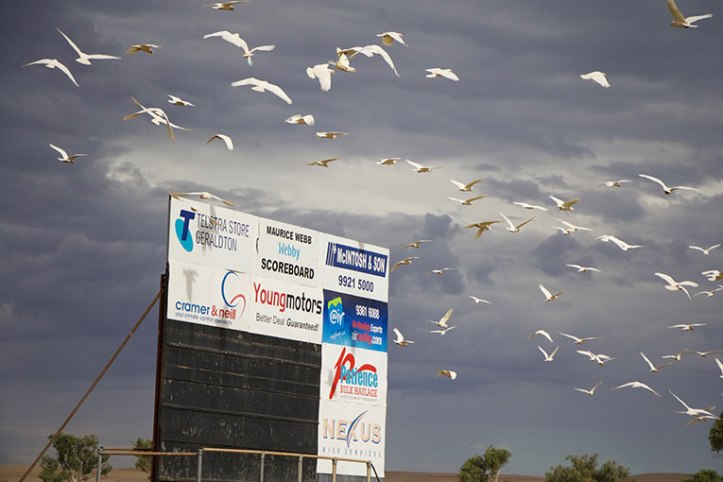 When you’re in the scoreboard spotting business it’s always best to have a score or at least a few digits up on display. But it’s not always possible, especially when you’re passing through a town mid-afternoon midweek. 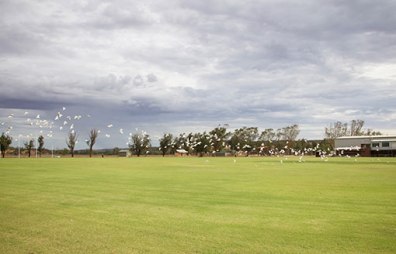 I came up with a plan at Nabawa, home of the the Chapman Valley Football Club, when I saw the flock of white cockatoos in the centre square – sneak up behind, clap my hands then take a photo of the board in the distance though the flapping white blur. It turned out better than that – the birds took off as soon as I got through the fence and headed straight towards the scoreboard. It couldn’t have been better if I’d yelled, “OK fellas, we need numbers to the board.” 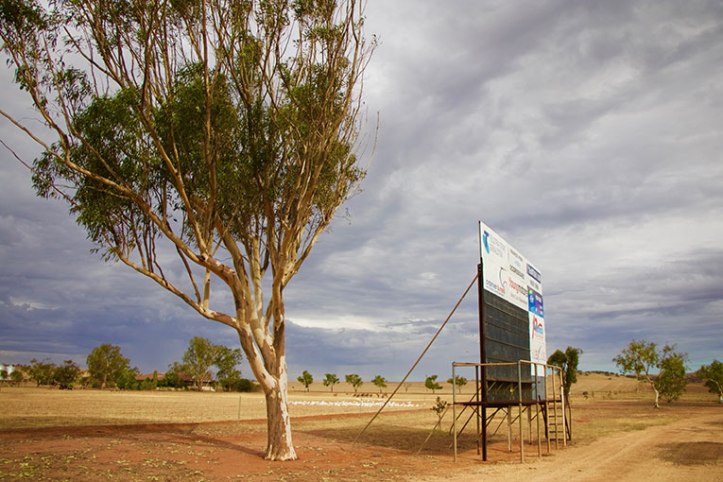 Nabawa is 30-odd kilometres east of Geraldton on the Chapman Valley Road. The club was a founding member of the Great Northern Football League in 1961 after a merger between Nabawa and Yuna football clubs.

The Royals last won a GNFL premiership in 1992 but had a great team in early 70s winning premierships under Owen Simkin in 1972, 1973 and 1974. Prominent Chapman Valley products include former AFL players Kasey Green and Brad Dick but maybe the best of them all was Kevin Mazzuchelli the club fairest and best winner in 1974, 1975 and 1979. 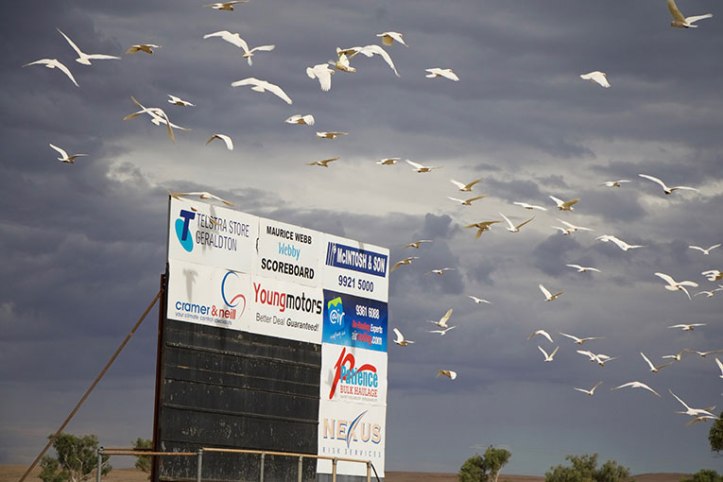