Meredith and Elaine are sisters. They grew up together near Geelong and live just a few kilometres from each other on the Geelong-Ballarat Road.

Meredith is well-known for her music festivals. Elaine, the quiter sibling, is less well known.

Meredith’s Pioneer Park has three scoreboards. Elaine had none that we could find. But, then again, the gates were closed. And the clubrooms and all the shipping containers were locked. Unlike Meredith it was not a game day.

Elaine may have a cricket team. It may still have a footy team. Hard to tell. Gates were closed. But it has a bell. And I got to ring Elaine’s bell. 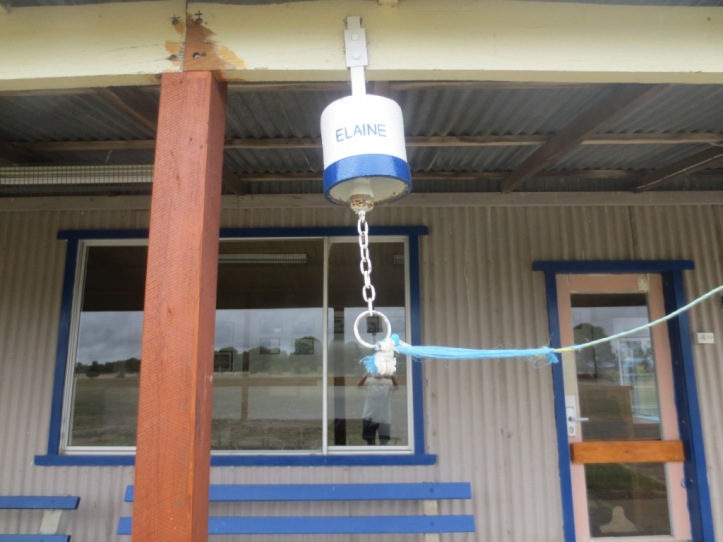 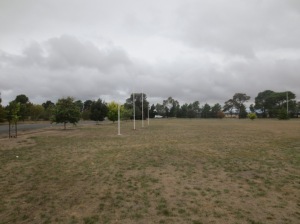