Nungarin & Towns Football Club finished last in the Central Wheatbelt league in 2017 but they were pretty competitive. The one win the Panthers achieved was a beauty by 10 goals over Mukinbudin with Khyle Ugle kicking 10 goals. Nungarin were coached last year by former Fremantle and Swan Districts player Garth Taylor.

Nungarin won its only premiership in 1982, folded in 1991 and rejoined the CWFL in 2006 as Towns Panthers before regaining the town name.

The town oval features one of the best turf cricket pitches we’ve seen in country WA (and we’ve seen a lot). The Nungarin/Nokanning Cricket Club competes in the Eastern Districts Cricket Association.

During World War ll Nungarin was know for its huge army vehicle workshop. It was the biggest in Australia and the town now features an impressive military museum… 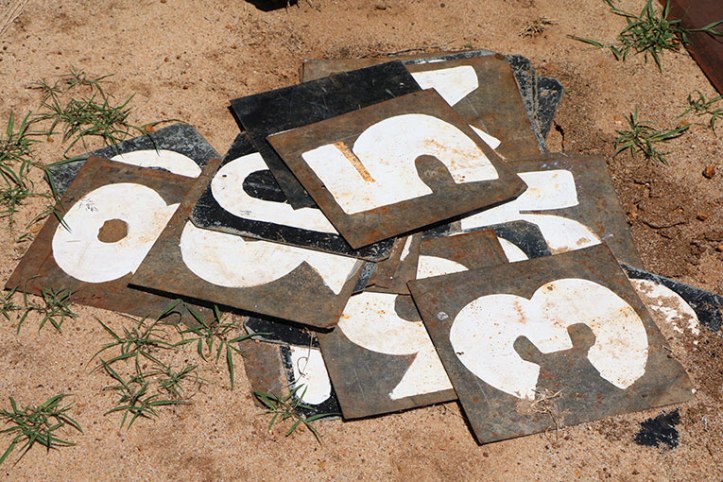 The scoreboard was bare when we got to it but the nameplates and numbers were available. We set up a modest fictional win over Mukinbudin, tidied up and went on our way. Next stop was Nukarni… oh boy. 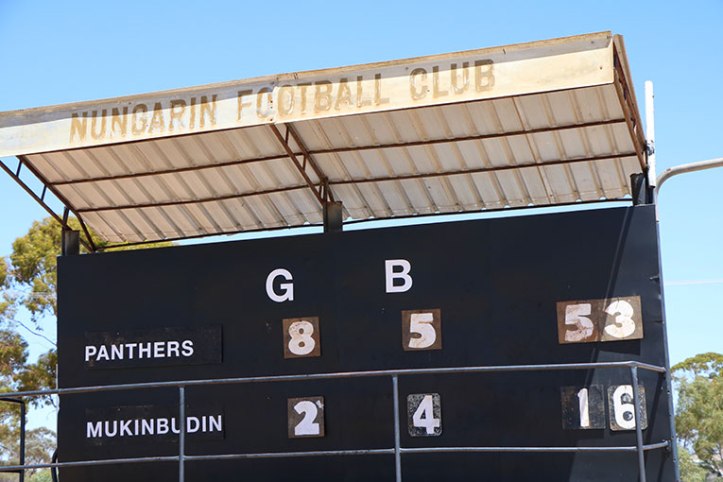