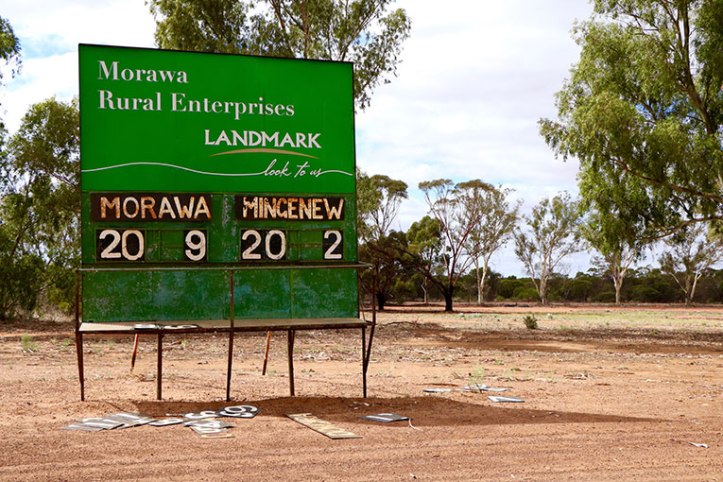 Well I pulled into Morawa with other work to do but time enough to visit the scoreboard.

With the number and team plates readily available I made up a high-scoring accurate-kicking win for the Tigers over Mingenew. If I’d done my research I could’ve put up a real score from 2017 – Morawa 46.9 Perenjori 3.9 – when Antoine Garlett kicked 22 goals… but that might have been rubbing it in. And my next stop was Perenjori. 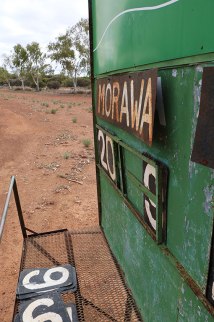 There was a time when Morawa had its own league and for a while there was a Perenjori/Morawa Football League that joined up wth the North Midlands Football League in 1963. Morawa remains in the NMFL. The Tigers won 10 flags between 1967 and 1996 to be the powerhouse of the competition. Facilities at Morawa are magnificent so we can anticipate more glory in the future. 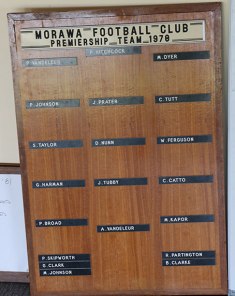 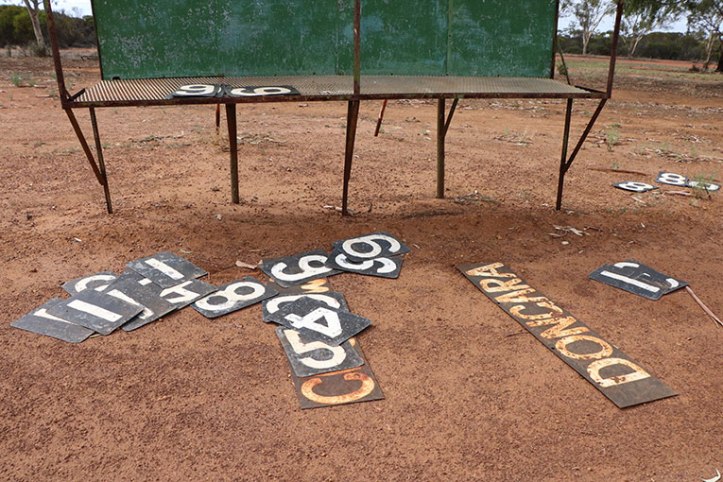 After taking photographs I tidied up, put the plates on the platform and was on my way. 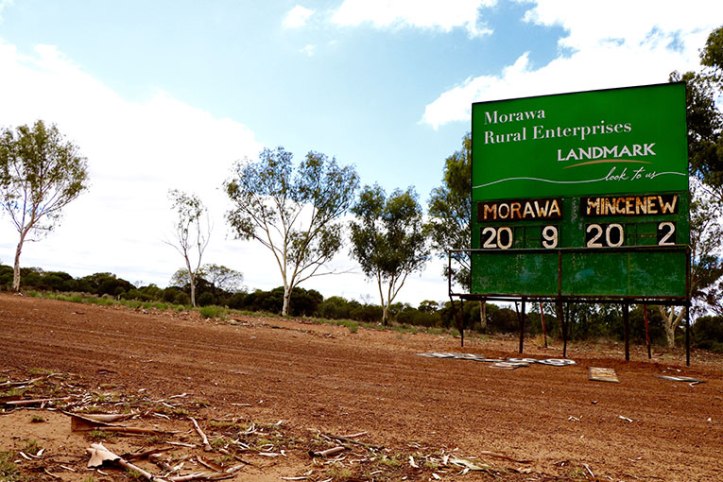 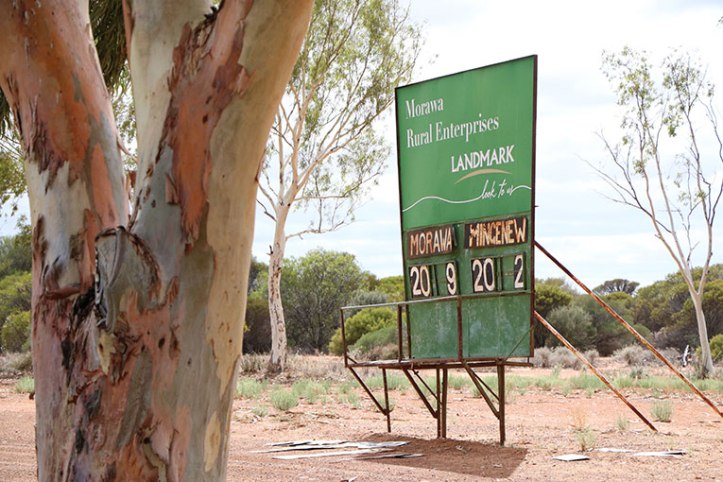