Words and pictures by Paul Daffey 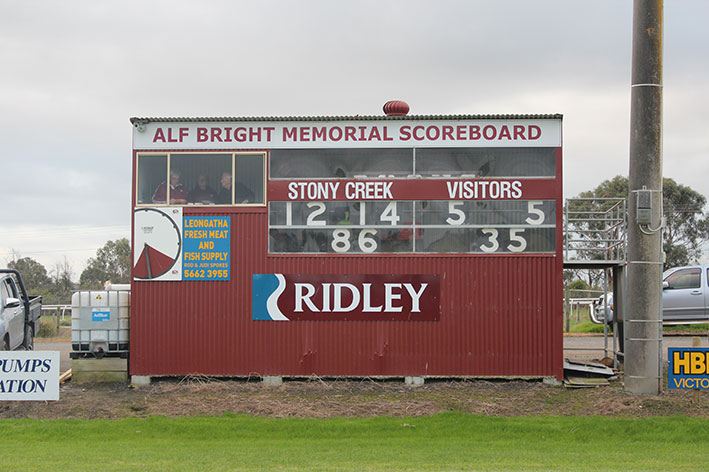 Stony Creek is a dairy-farming district in cold and wet South Gippsland, right down in the south-east corner of Victoria. The Stony Creek football club’s ground is inside the Stony Creek racetrack. The footballers’ dressing-rooms are on the ground floor of the racing club’s headquarters. After the players have listened to the coach’s address, they jog round the mounting yard and over the finishing line before heading on to the oval. 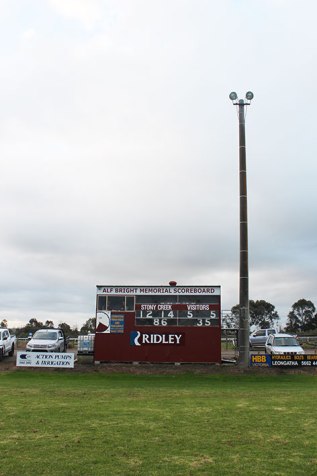 Alf Bright was the Stony Creek footy club’s timekeeper for 30 years. During every home game, he and his offsider from the opposition club would sit in the stewards’ tower and keep tabs on the match from there. They had a view directly over the finishing line and the half-forward line of the oval at the northern end.

Five or six years ago, the football club built a timekeeper’s hut just beyond the northern forward pocket, on the opposite side to the stewards’ tower. The Lions named it after the late Alf Bright, who served the club in several administrative roles besides his role as timekeeper.

On the day that these photo was taken, Alf’s grandson Jai Bright kicked a goal in his second game of senior football. Stony Creek scored a handsome win over their Alberton league rival Toora. The Bright family’s link with the Stony Creek football club continues.