Photos and words by Wayde Petersen

Ardmona, The Cats in the Kyabram District league, is struggling big time these days. Here are the quarter-by-quarter scores from a recent game.

Their only premiership points for the season so far are the 2 points they picked up at Undera, when the game was called off before half time, due to an injured Ardmona player.

There was a time when I had a sense of schadenfreude about Ardmona’s hard times (when they were on top and rather aggressive on field, they were not exactly the most popular club around), but to their credit, they have done a good job in eliminating that culture within the club, and in that regard, I want them to do better.

Ardmona in blue and white, Merrigum in red shorts. 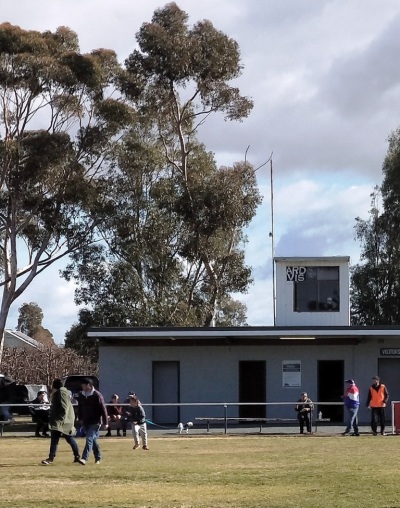 The Ardmona Hall was built during the early 80s when the fruit and tomato industries were doing OK and the footy club was competitive. There were tennis & cricket clubs back then, they have both folded.

One thought on “Ardmona, Victoria”