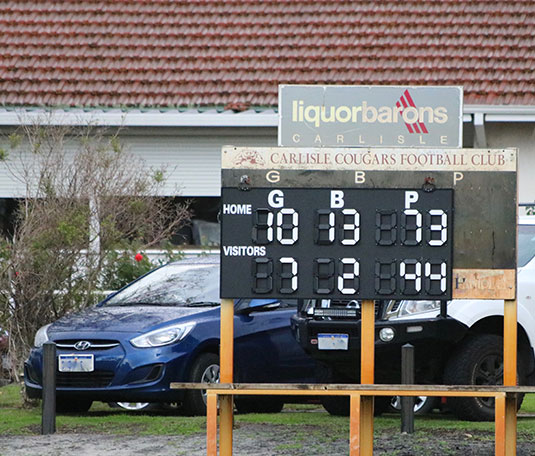 We arrived at Carlisle Reserve just after the final siren of the WAAFL C1 game between Carlisle and Bullcreek-Leeming. The Cougars had recorded a good win and there was no hurry to take down the score.

A senior Carlisle team was formed in 1962 to give graduates from the local junior club somewhere to go. The Cougars were promoted to A-grade in 1967 and stayed there until the early 1980s. Tom Rieusett (1967), John Hurren (1968), Geoff Watt (1970) and John Riseley (1975) are Carlisle players to have won the WAAFL A-grade fairest and best award.

The scoreboard has been slightly modernised– it would be great to see a photo of the old board in operation.

Carlisle is in the heart of Perth Football Club territory. 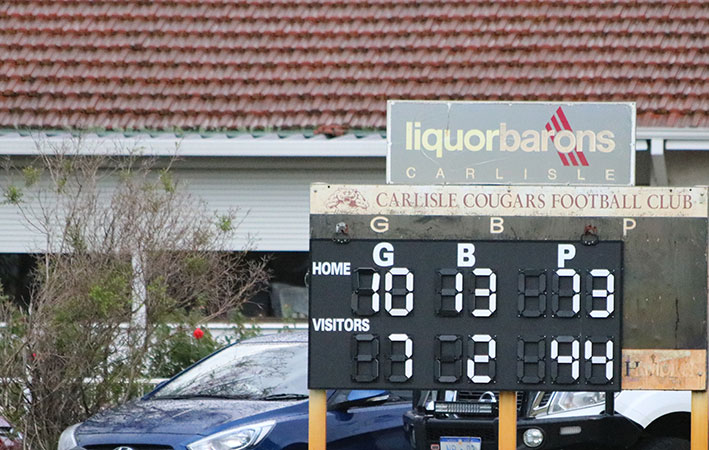