Thanks once again to Michael Turner,  for this expert detective work in tracking down, via YouTube and the National Film & Sound Archives, glimpses of the TCA scoreboard (built in 1907)  in a 1911 gameof footy  between Cananore and North Launceston. 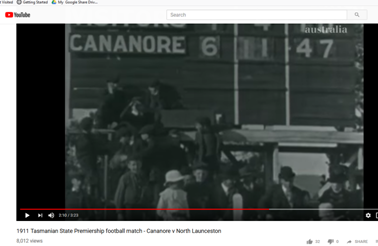