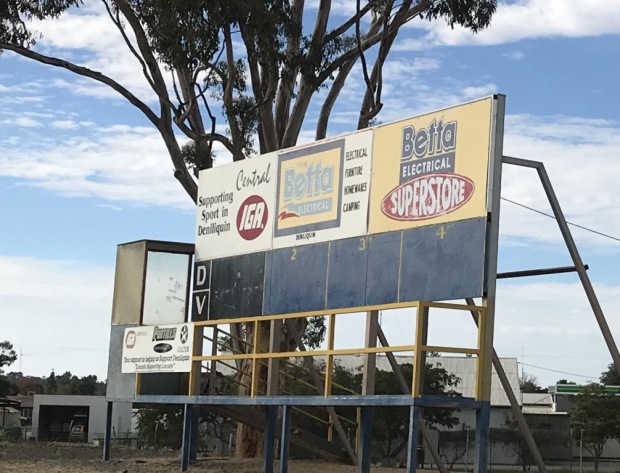 Four-quarter scoreboard! Or four-game scoreboard? See Wayde Petersen’s comments at the end of this post.

Two scoreboards. One perhaps retired. Maybe both. They don’t do things by Harv in Deniliquin. 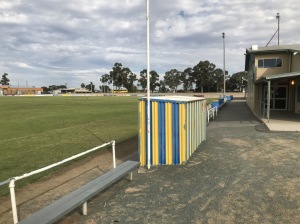 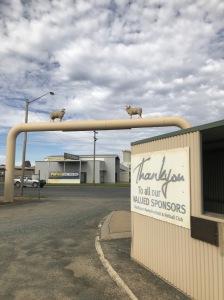 Four wheels on a gravel road.

The Deni Rams play in the Murray Football League, on the New South Wales/Victoria border. Riverina country. Sheep country. Formed in 1933, they’ve won plenty of flags over the years.Their most famous player is a chap called Barry. Leo Barry. Took a decent mark a few years back in a Grand Final. 2005.

Deniliquin’s Leo Barry has added yet another honour to his storied AFL career, being named as part of the Greatest New South Wales team of all-time….

A Deniliquin Rams junior, Barry completed Years 7 to 10 at Deni High before the Swans drafted him in 1994.