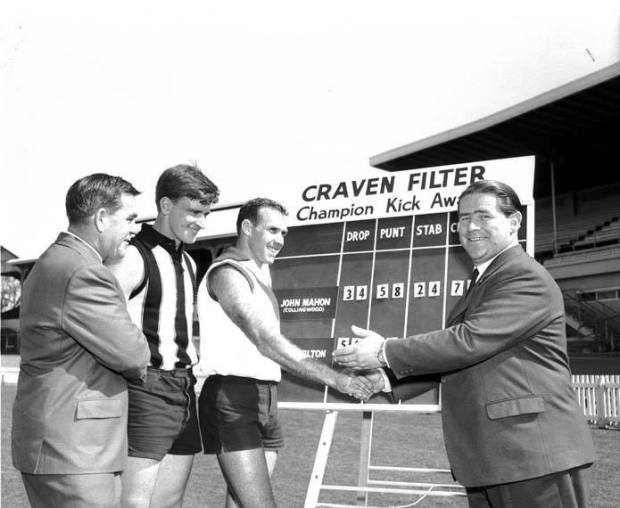 I stumbled across this photo via something called Facebook. A group called World of Sport Ch7 TV Show has this pic as its header image. It also has a  post that credits the photographer, Laurie Richards, and the source, the  Australian Performing Arts Collection.

The Champion Kick Award was part of the Sunday morning Channel 7 Melbourne program World of Sport, hosted by Ron Casey.

I’m now on the lookout for images of the judges (Bruce Andrews and others) holding up their scores – got a sneaking suspicion that their numbers might have been from the Lakeside Oval scoreboard. (Images of that scoreboard have been hard to find too.)