Our most recent visit to Boyanup Oval revealed something new. The old battered blank black scoreboard was gone and the replacement was lying inelegantly on its back. Perhaps hoping to be lifted back into place when next needed.

There’s been footy a Boyanup for a long time. A stand-alone team was part of the Donnybrook Football Association for a while but mainly the name is heard in conjunction with others – Boyanup-Capel and, more recently, Boyanup-Capel-Dardanup.

Once the home of the Boyanup-Capel-Dardanup Cardinals, Boyanup Oval is an impressive facility in a wonderful setting. The Cardinals morphed into the Eaton Boomers who won the South West Football League premiership in 2013.

Boyanup Oval was the home of the Boomers until 1999 and used again in 2016 during renovations to the club’s Eaton home. 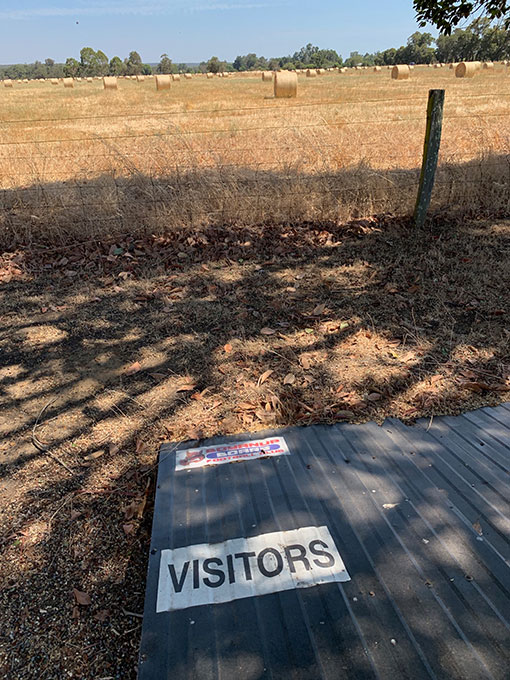 The most famous footy product of Boyanup is Bradley Smith, who was a premiership player with East Perth in 1972 and 1978, coached East Fremantle to a premiership in 1979 and played in the VFL Grand Final for North Melbourne in 1974.

It’s always worth visiting Boyanup for the farmers market – fourth Sunday of every month.