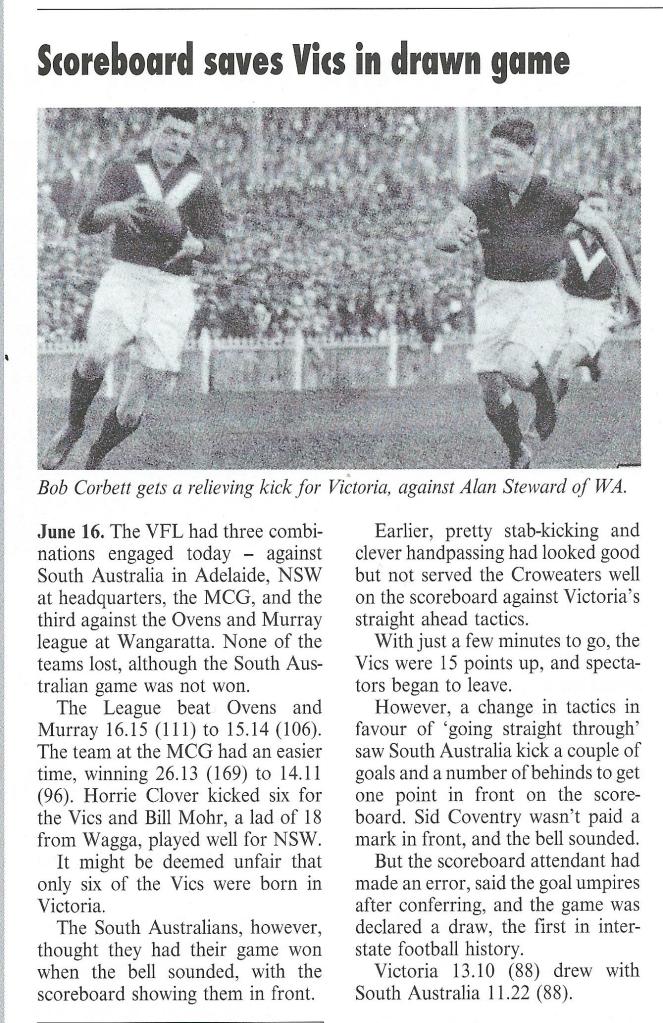 And in news just to hand, a scoreboard error saw Victoria escape with a draw against South Australia. In Adelaide. In 1928.

On the middle weekend of June that year there were three Victorian teams. In Wangaratta The Big V defeated the Ovens and Murray League by five points. At the MCG the home side defeated New South Wales by 74 points.

In Adelaide? ‘The South Australians, however, thought they had their game won when the bell sounded, with the scoreboard showing them in front…But the scoreboard attendant had made an error, said the goal umpires after conferring, and the game was declared a draw, the first in interstate history. Victoria 13.10 (88) drew with South Australia 11.22 (88).’ (page 127)

Was the scoreboard attendant’s error honest and accidental (as South Australia frantically reined in a 15 point deficit late in the game) or parochial wishful-thinking? Or something darker? 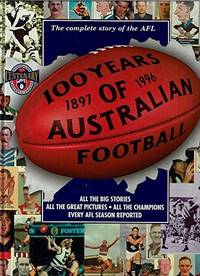