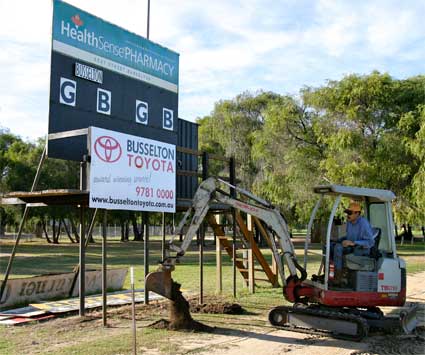 There was only one cafe open in Busselton on Good Friday. It was a place that serves coffee and sells bicycles. I was the only customer not in lycra until a bloke came in dressed in work gear. “I’m doing some work on the scoreboard,” he told a couple of cyclists. I found him later at the oval.

The Busselton Magpies play quite a few night games in the South West Football League in Western Australia  and they’ve put in lights this season to illuminate the scoreboard. 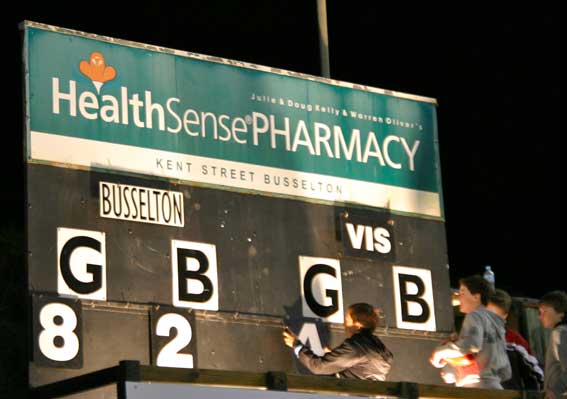 The work was plain to see in the top-of-the-table clash between Busselton and South Bunbury on Saturday 27 August. A huge crowd turned out to see the home team burst out of the blocks only to be run down by the Tigers in a thriller. One group of fans took watching the footy from couch into the live experience. 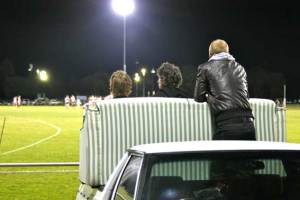 Some pretty good players have come from Busselton but the greatest of them all was probably East Perth games record holder Derek Chadwick.

Other big names include East Perth’s dual Sandover Medal winner Phil Kelly and Michael Christian who went from the Magpies in Busselton to East Perth and on to the Magpies of Collingwood where he played in the 1990 premiership team. 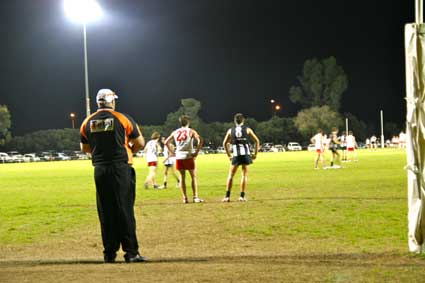 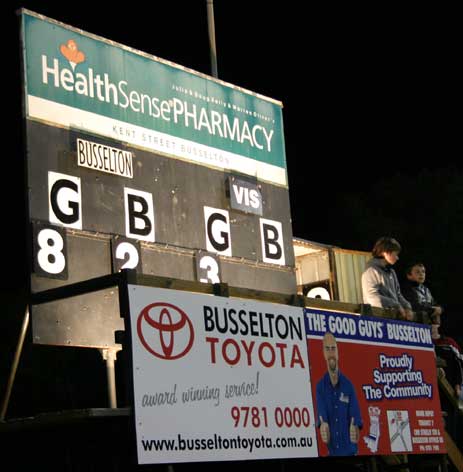