Etwell Park is the home of the Bakers Creek Football Club who play in the Mackay Australian Football League.

Photographer Michael Wearne visited the ground for scoreboardpressure.com during a caravan trip around Australian earlier this year. 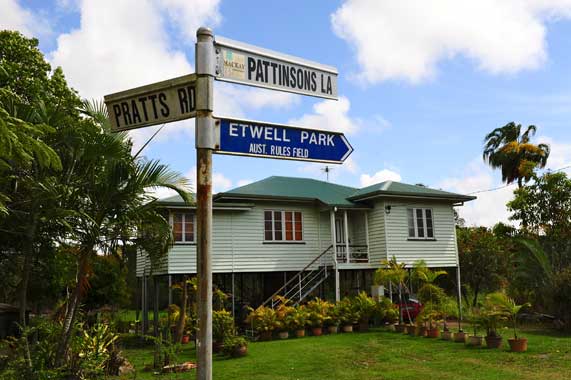 “Ken the groundkeeper (on the tractor) said I could put some numbers on the scoreboard. When I’d finished I asked whether he wanted me to take them down. ‘Leave them up,’ he said, ‘It’s the first time we’ve been in front all season.'” 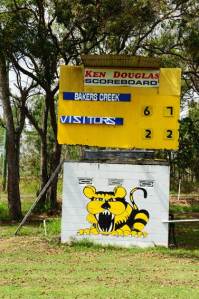 The Tigers won their last premiership in 1999, we think things are about to change.