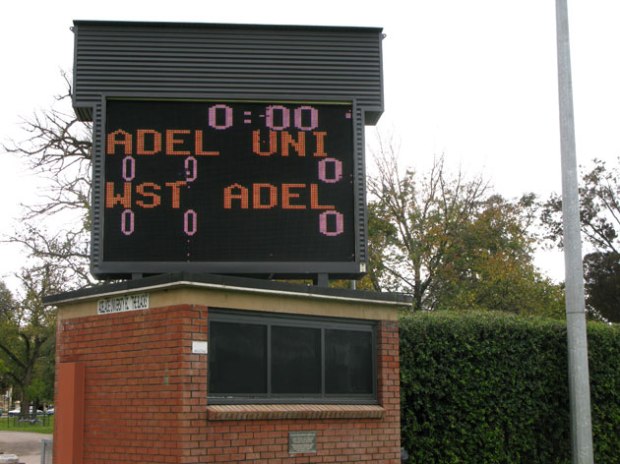 I was very pleased to see some animation on the scoreboard at Park 10 when I visited in June 2013… poised for the start of a game but with no players, umpires, spectators or scoreboard attendants in sight. It’s the home of the Adelaide University Football Club. The Blacks are quite clear about their place in the scheme of things as this snippet from the club website shows…

“The Blacks are The World’s Greatest and Largest Football Club, with 7 senior Men’s teams competing in the SAAFL every week, an Over 35’s side that play regularly on Sundays, and a Women’s team in the SAWFL. The club consists of over 200 players being registered every season, and varies from being serious in their approach to games, to being more interested in the social aspects in life.” 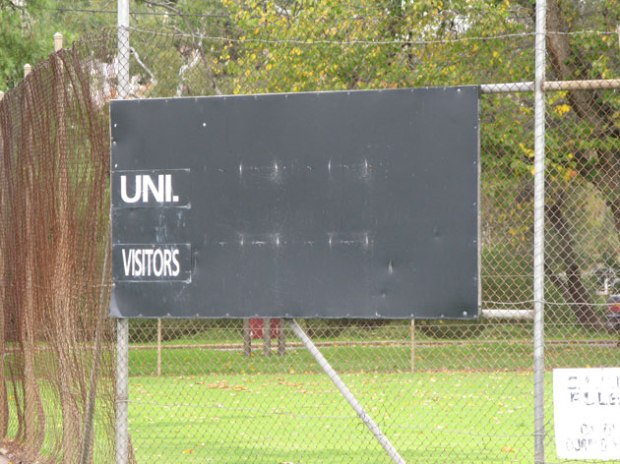 The old scoreboard is on standby in case the electronic thing plays up. 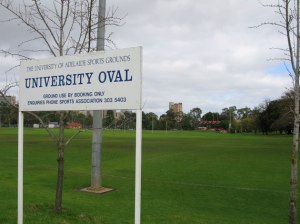 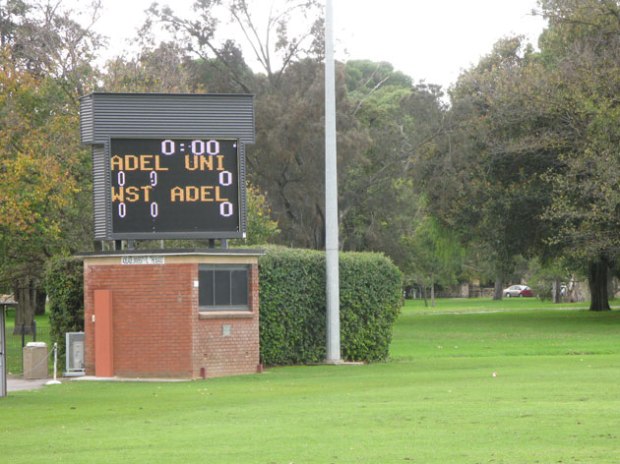 For more have a look at…

Pre-season training has started so if you’re looking for a team in Adelaide you know where to go. 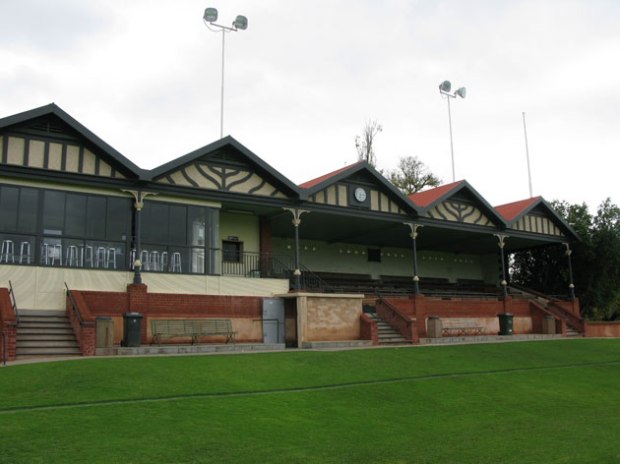