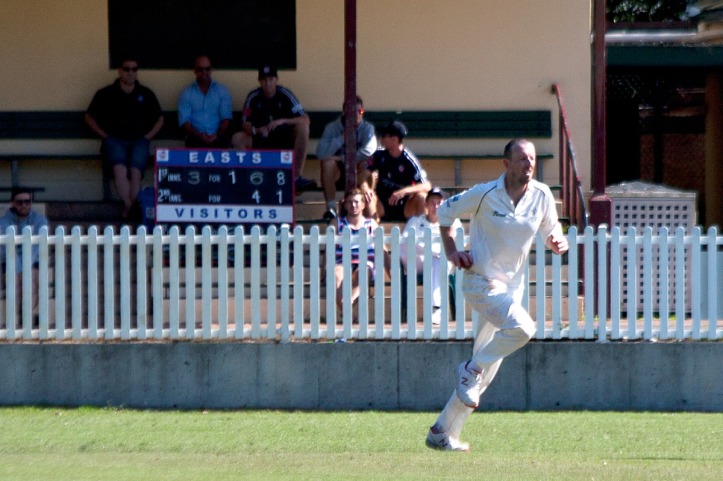 The cricket scoreboard at Trumper Park Oval is a modest, portable amenity  but I was there also for the jacarandas in bloom. A wonderful sight, though perhaps not as wonderful as it would have been  to see Victor Trumper in full flight.

Born in 1877, Trumper played his first Test in 1899 and his last in 1912. One of the greatest of Test batsmen, he died 100 years ago, only 37 years old.  The funeral march went from Chatswood to Waverley Cemetery, with thousands lining the streets to pay tribute. That must have been close to a 20 kilometre trek! One of the largest funerals ever in Sydney in its day.

Trumper Park is a lovely small ground nestled into some beautiful bush parkland in Paddington, not too far away from Rushcutters Bay and Sydney Harbour.

When I visited two Saturdays ago the home team, Eastern Suburbs, were playing Western Suburbs in a 3rd Grade game.

Having won the toss, Easts piled on a good score of 7/307 (declared) on the first day of two day match.

A.R Tunnadine knocked up 106 runs on a glorious Sydney afternoon. Victor Trumper would have been delighted.

The Victor Trumper Society (including fleeting footage of Trumper batting) 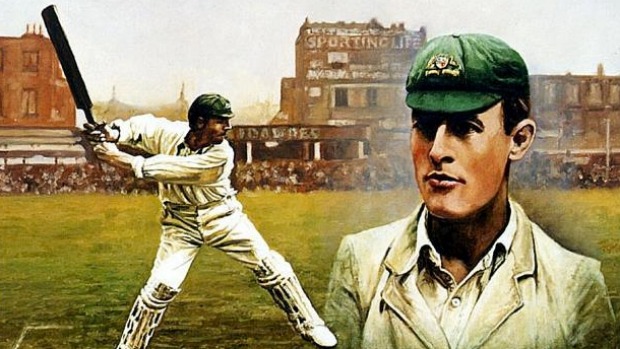