For years now we’ve been been negotiating with Bendigo and surrounds footy expert Richard Jones in an attempt to get him to take some scoreboard photos.

“Yeah, I’d love to mate,” he’d say, “but they’ve closed the darkroom at the Addy and I’m buggered if I’m gonna set one up in the shed down home.”

We tried to explain modern advances in photography but just got blank stares from the footy veteran. “Dunno what you’re talking about mate,” he’d say.

Then this week, out of the blue, came these photos from Newlyn. They came by SMS! “Took em with the telephone” was the message. You could sense the wonderment. We suspect a Christmas present and help from a grandchild. 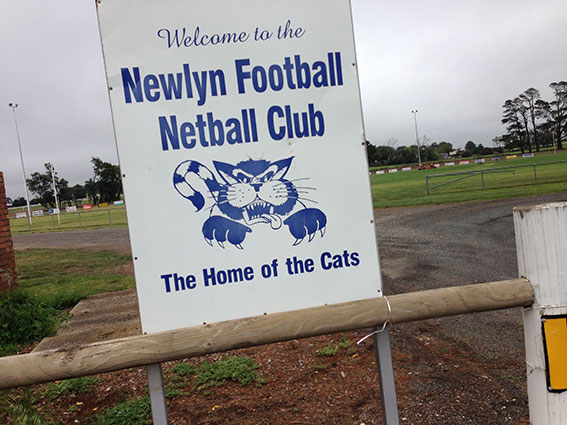 The Cats from Newlyn play in the Central Highlands Football League and have been around in many competitions since 1900. They joined the newly formed CHFL in 1979 after being in the Clunes Football League from 1932 to 1978.

Newlyn won premierships in 1992 and 2013. Former Melbourne and North Melbourne high flyer Shaun Smith coached the Cats in 2010 and 2011 while former Magpie Con Britt was coach in 1978.

One of the greats of the club was Mark Wilmott, who won the Newlyn best and fairest award now called the Dimond Family Trophy, seven times from 1959 to 1969.

We look forward to more photos from Richard Jones, unless his battery runs out.

Late news: Thanks to Andrew Fithall via Twitter (don’t worry about it Richard) we’ve confirmed that the great David “Swan” McKay was from Newlyn. If ever you want a footy thrill just go to YouTube and put in David McKay marks. 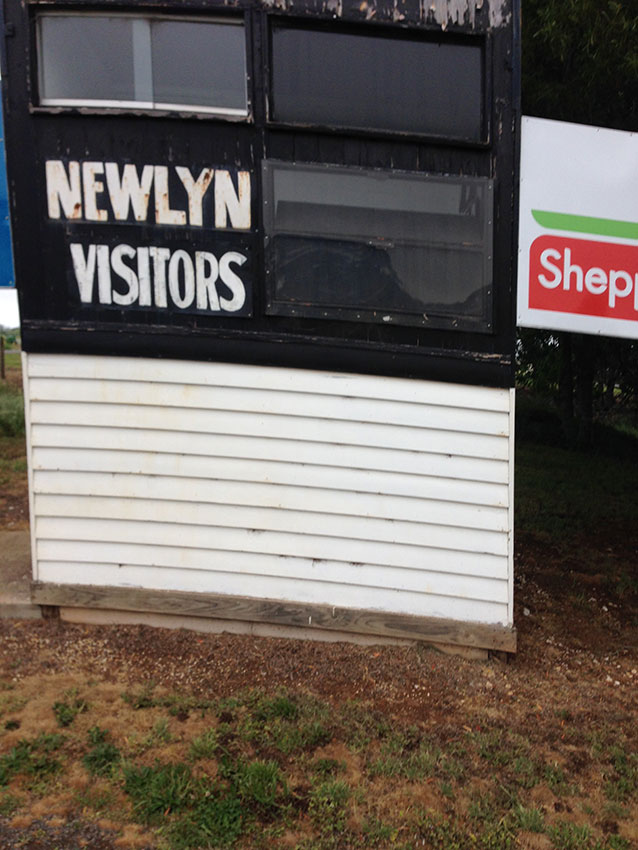