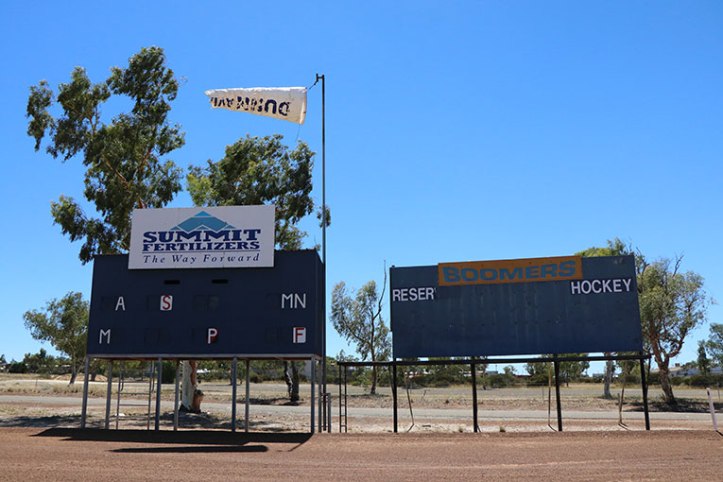 There’s an interesting feature on Mortlock Football League scoreboards… room for the hockey score on a number of the scoreboards. Hockey and footy followed each other around the way netball and footy does in many places I was told – these days netball comes along for the ride too making match-day a full-on community event.

There’s no more towering figure on WA country footy than Bud Byfield (1923-2015) who was president of the WA Country Football League from its inception in 1973 until 1991. Byfield was a premiership player for Claremont in 1940 and played in the VFL grand final in 1946 for Melbourne. Byfield also played six First Class cricket games for WA. Orginally from Northam, he enjoyed success with Wongan Hills as part of the 1949, 1950 and 1951 premiership teams. 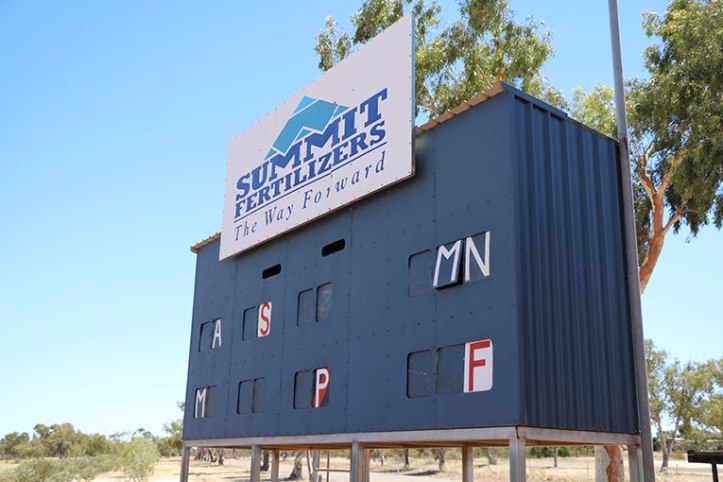 Ron Bayens, a member of Subiaco’s 1973 premiership team, is a Wongan Hills product.

Wongan Hills takes the commitment to hockey a step further with two scoreboards on the go… the design very much like the board at nearby Goomalling. The oval is now home of the Wongan-Ballidu Football Club. Wongan Hills and Ballidu merged in 1994.