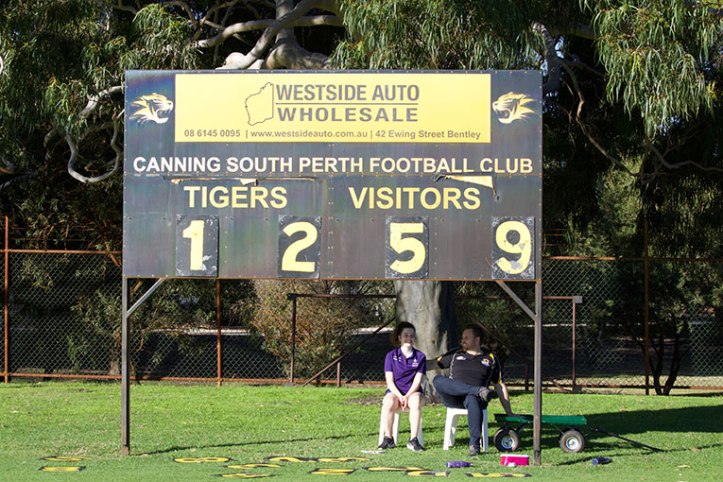 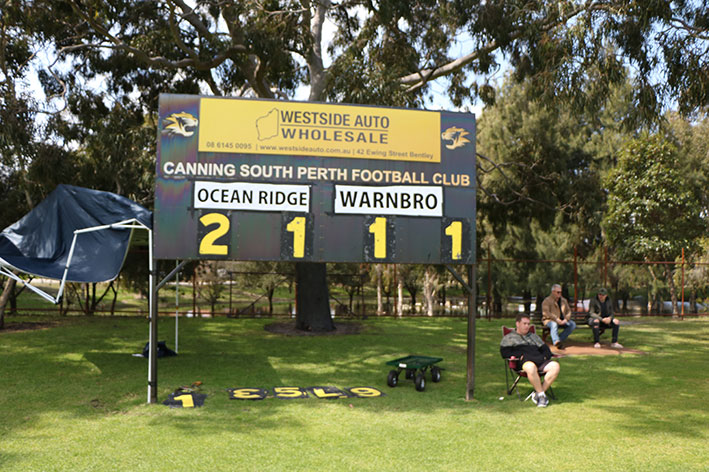 Home team the Canning South Perth Tigers weren’t in action when we visited Wyong Reserve. Ocean Reef and Warnbro were competing in the WAAFL C2 league and reserves grand finals – sharing the spoils. This time the Tigers were home and battling away with Quinns District. Anja Hughes was experiencing her first game as scoreboard attendant and was joined at half time by her dad Paul. 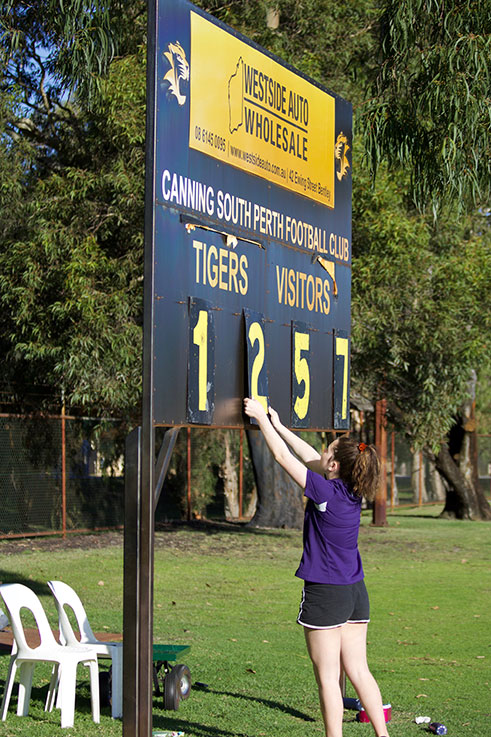 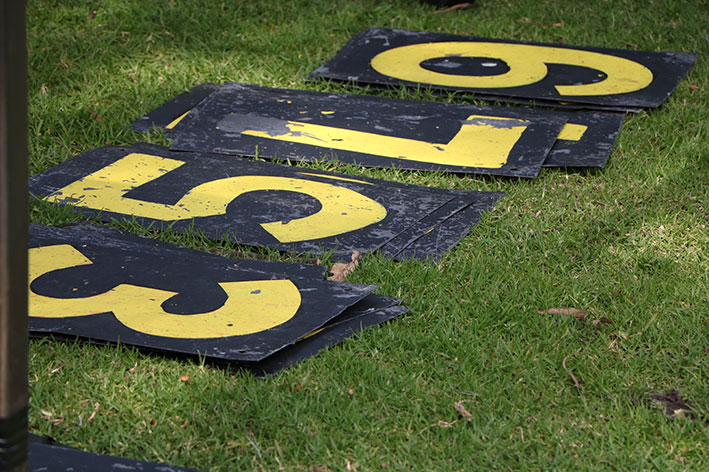 Canning came to Wyong in 1961 – they started out as Queen Park in 1905 and became Canning District in 1926. The Tigers played in the South Suburban Metro League and Sunday Football League before moving to the amateurs when the SFL ended. Canning South Perth came into being in 2001 after the merger with South Perth FC. 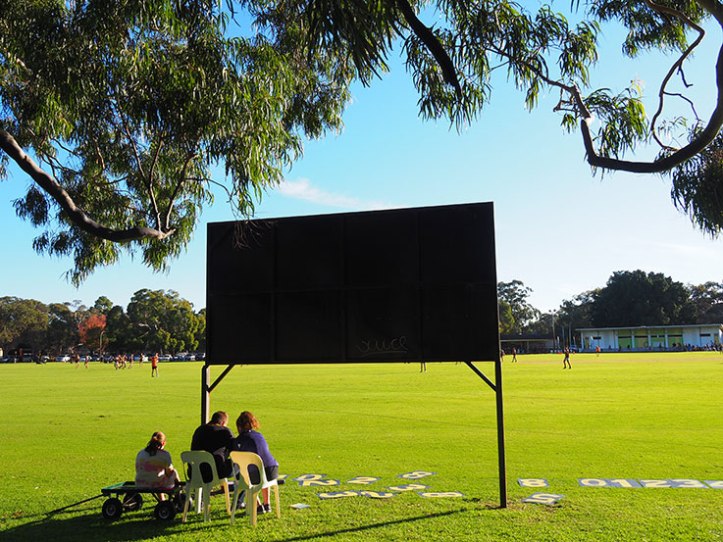 The pavilion is named in honour of Perth great Merv McIntosh who grew up in Cannington. 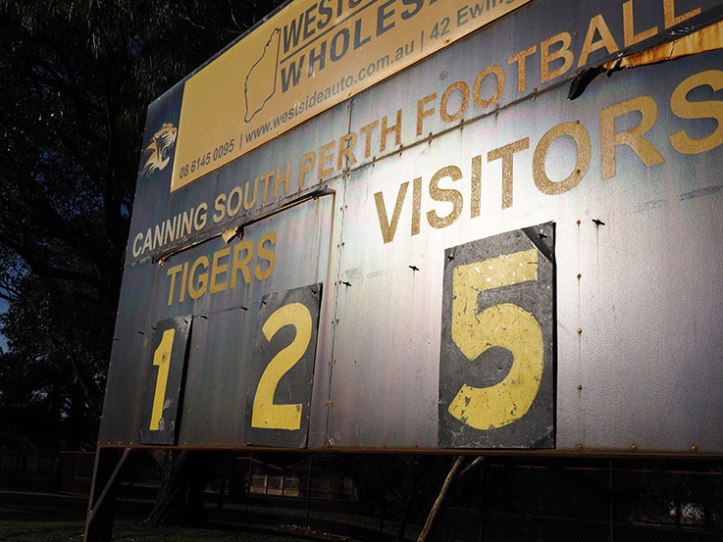 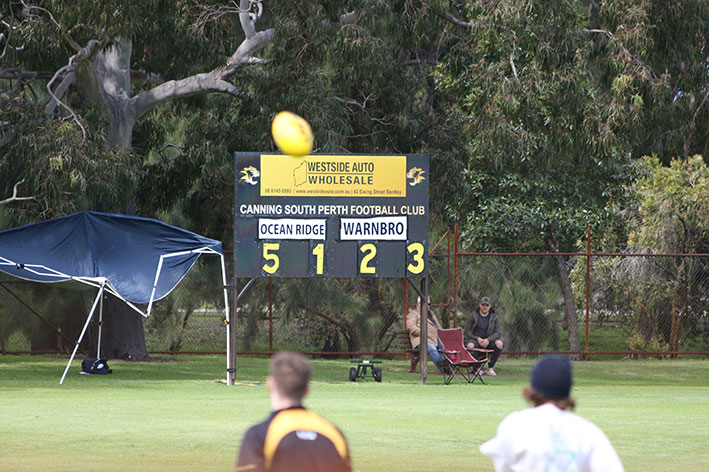 The scoreboard is functional, the numbers can been seen from a mile off and the volunteer attendant at the finals told me he was hoping it wouldn’t rain – there was no prospect of precipitation on our most recent visit. 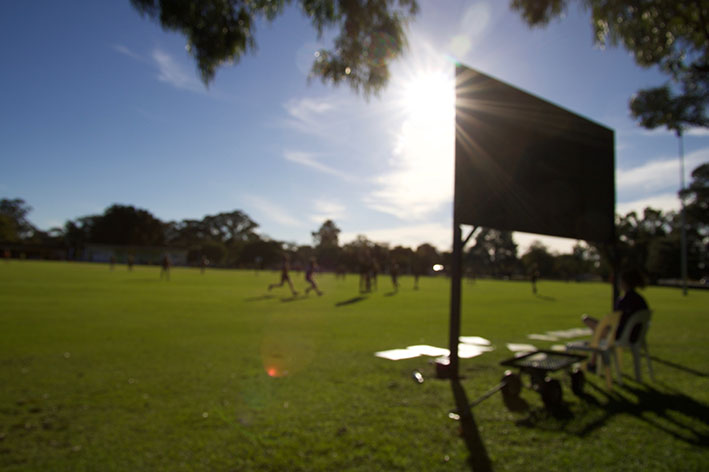 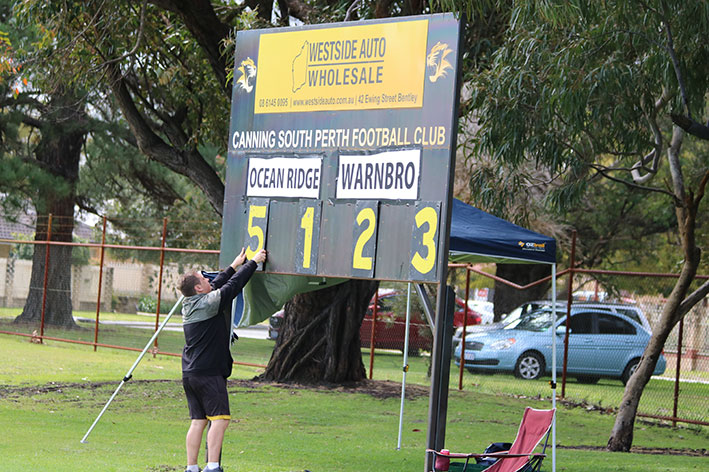 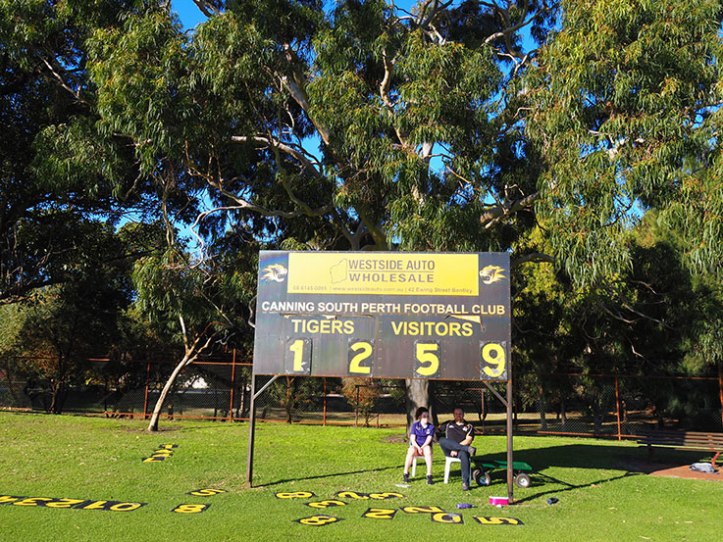