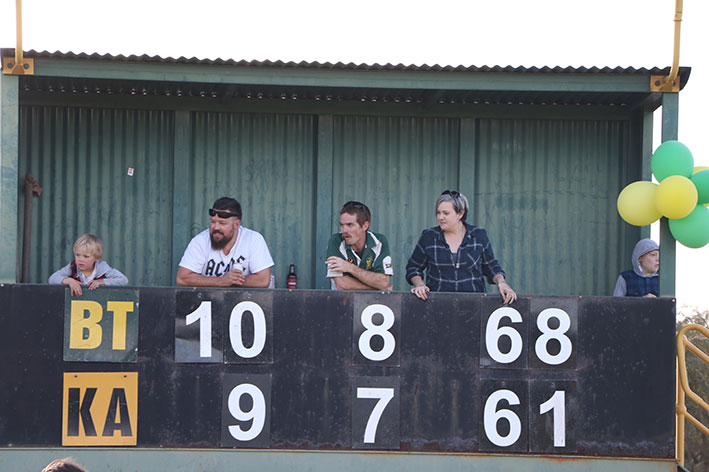 We arrived in Boddington during the third quarter of the Upper Great Southern Football League grand final. There was no need to look for signs to the oval… we just followed the noise. 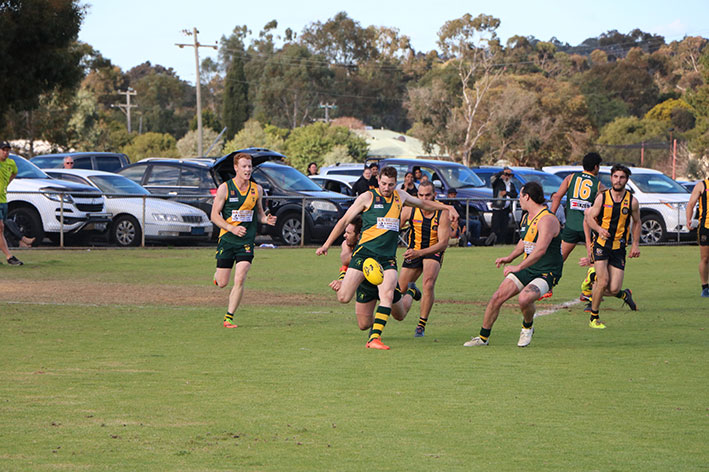 The game was tight and the home team was in front. The Katanning Wanderers hadn’t lost a game all year… things weren’t going as expected. 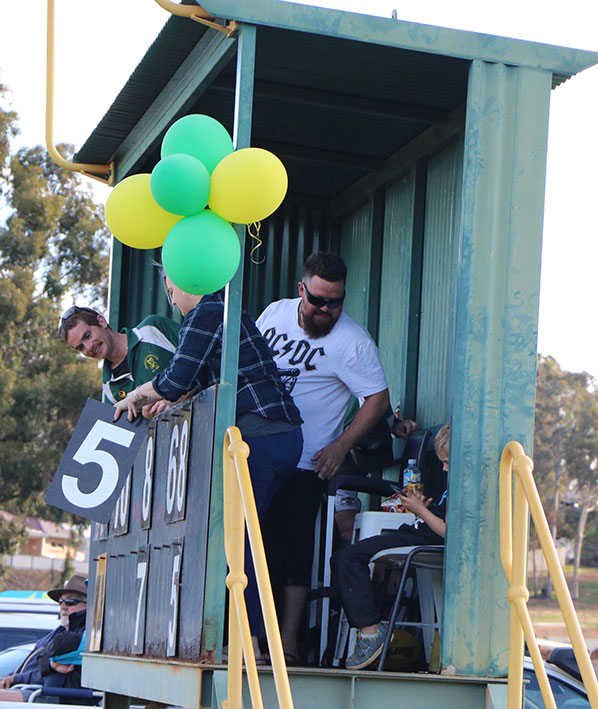 The scoreboard crew was right in the game. Boddington goals would be greeted with applause from the scoreboard and then the score would be quickly adjusted. Katanning goals were recorded with less enthusiasm but just as quickly. 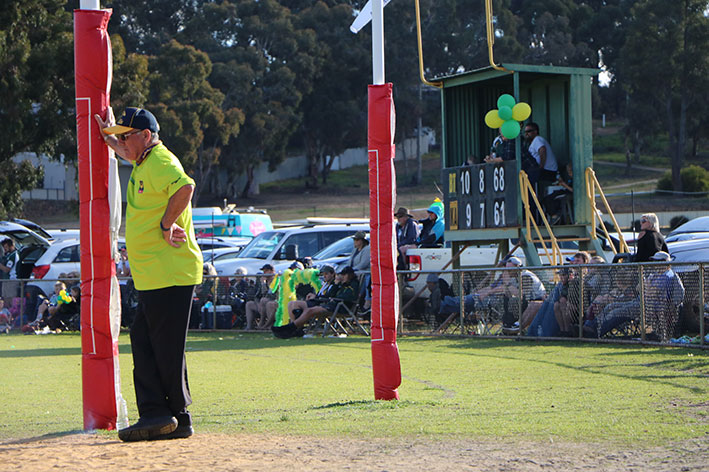 The Eagles held on. The lead at three quarter time was seven points, the final margin eight. 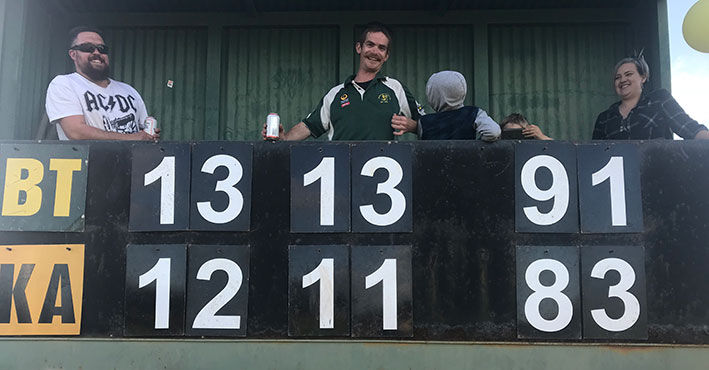 Thanks to Sean Gorman for the final score photo.

Boddington Football Club started life in 1946 as a founding member of the Upper Great South Football League. The town is about 125km south of Perth and it’s the location of Australia’s biggest gold mine. 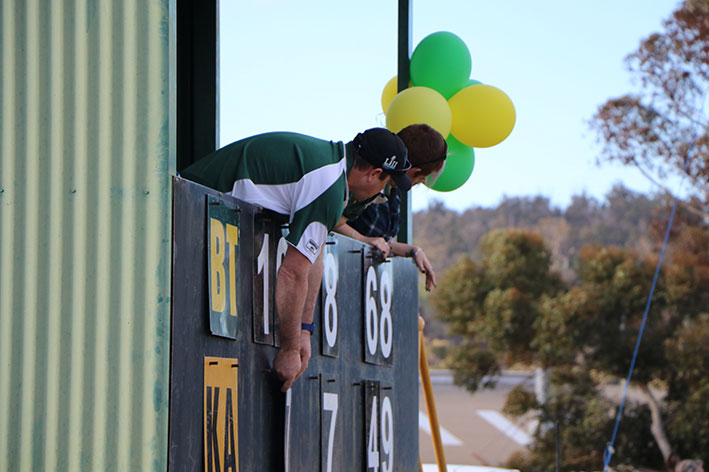