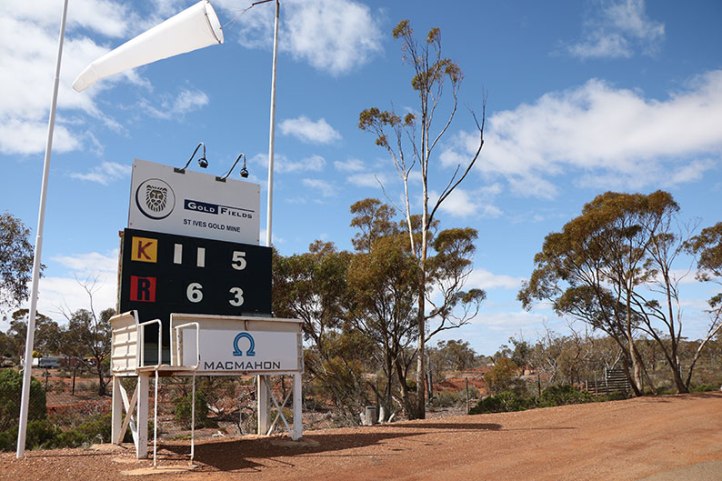 There was a kind of sense in the journey we took to the scoreboard at Kambalda. It began with a 235km drive from Kalgoorlie-Boulder to Leonora where we found quite a nice footy ground with no scoreboard.

Kambalda, where things have been decidedly brighter in recent times, is about 60km south of Kalgoorlie-Boulder. The senior footy team, part of the Goldfields Football League since 1969, broke a 49-game losing streak this season while the colts won the premiership. As the footy finals kicked off news came through of an incredible gold discovery near Kambalda, a town best known for nickel. 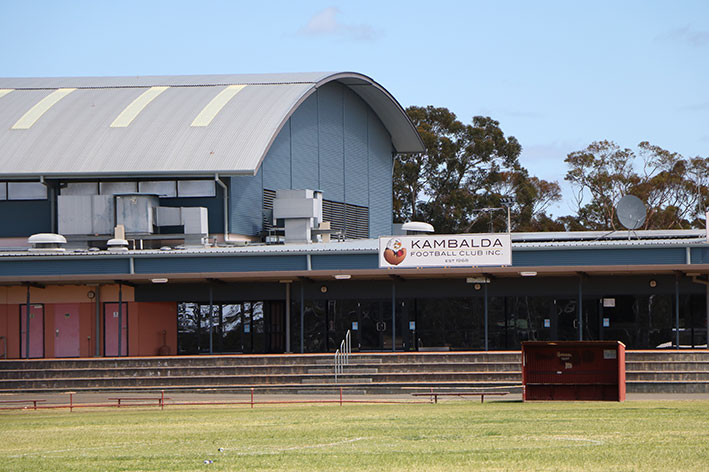 Kambalda’s football club survived the down times through the efforts of hard-working volunteers, players prepared to play more than one game on an afternoon and some creative thinking.

In 2016 a life-saving idea (in more ways than one) was hatched. Players from Leonora, where there had been no footy competition for more than 20 years, were bussed south to play for the Kambalda Eagles. The boost in playing stocks was just what the struggling GFL team needed to survive while the activity and purpose provided by a real footy team was a boost to the lives of the mainly Indigenous Leonora-based Eagles.

Peter Ding is regarded as Kambalda’s best-ever player. He came to the new mining town in 1970 via his home of Bullfinch and Claremont where he played 30 games including a seven-goal debut in 1968. Ding won the GFL’s fairest and best award in 1971, 1972, 1974 and 1976 when he was also part of Kambalda’s first premiership win.

We visited Kambalda the day after the GFL grand finals and assisted in the celebrations by posting the score from colts win over Railways on the scoreboard. This time we didn’t take the score down… it seemed right to leave it.